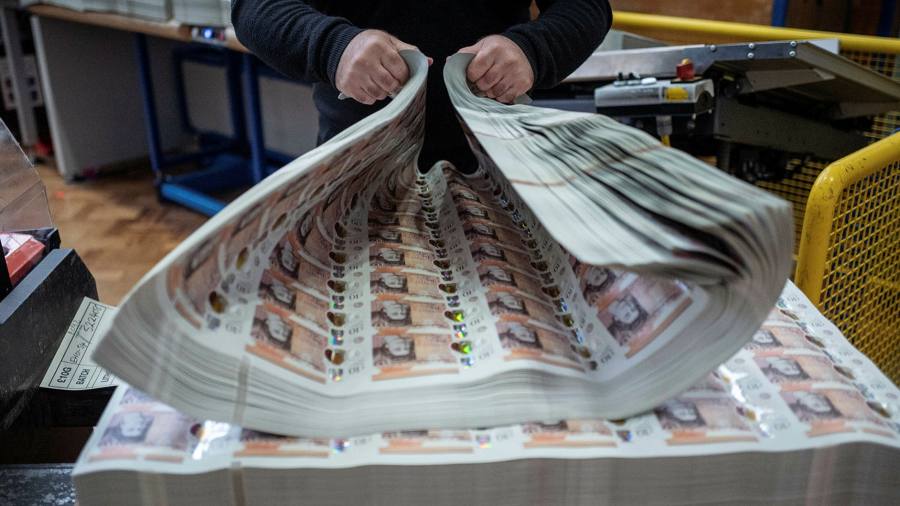 Rishi Sunak has been accused of squandering £11bn of taxpayers money by paying too much interest servicing the government’s debt.

Calculations by the National Institute of Economic and Social Research, the oldest non-partisan economic research institute in the UK, show the losses stem from the chancellor’s failure to take out insurance against interest rate rises a year ago on almost £900bn of reserves created by the quantitative easing process.

The loss to taxpayers is greater than the amount Conservatives have accused former Labour chancellor and prime minister Gordon Brown of costing the UK between 2003 and 2010, when he sold some of the nation’s gold reserves at rock bottom prices.

Jagjit Chadha, director of Niesr, said Sunak’s decisions had saddled the UK with “an enormous bill and heavy continuing exposure to interest rate risk”, adding that it was the Treasury’s fault.

“It would have been much better to have reduced the scale of short-term liabilities earlier, as we argued for some time, and to exploit the benefits of longer-term debt issuance,” he said.

The Treasury said: “We have a clear financing strategy to meet the government’s funding needs, which we set independently of the Bank of England’s monetary policy decisions.”

Under the QE programme, the Bank of England created £895bn of money and used most of the cash to buy government bonds from pension funds and other investors in the financial markets.

When those investors put the proceeds in commercial bank deposits at the BoE, the central bank had to pay interest at its official interest rate.

Last year, when the official rate was 0.1 per cent, Niesr recommended the government insure the cost of servicing this debt against the risk of rising interest rates by converting it into government bonds with a longer maturity.

The government’s failure to act, despite Sunak regularly warning about the risks of higher inflation and interest rates on the costs of servicing government debt, has now cost taxpayers £11bn, Chadha said.

The Treasury is responsible for managing the details of QE. Although the BoE decided how much QE to implement, it acted as an agent of government in the technical implementation of the programme.

The BoE is expected to raise interest rates from 1 per cent to 1.25 per cent next week and could even follow the Federal Reserve in implementing a 0.5 percentage point increase to tackle the UK’s inflation problem.

Consumer prices were 9 per cent higher in April than a year earlier, the highest in the G7, and the inflation rate is expected to climb above 10 per cent in the autumn.

This increase is mostly a result of higher inflation, but also reflects the rise in interest rates, lifting the net costs of the QE programme to taxpayers.

Since its launch in 2009, QE has significantly reduced the overall cost of servicing the government debt while interest rates were stuck close to zero, but will save much less money as rates rise.

The Office for Budget Responsibility, the UK spending watchdog, has said that one of the greatest risks to the UK public finances is exposure to interest rate risk because QE reduces the effective maturity of government debt.

“Much of the impact of higher interest rates on the public finances now actually comes through quite rapidly,” the OBR warned last year in its fiscal risks report.