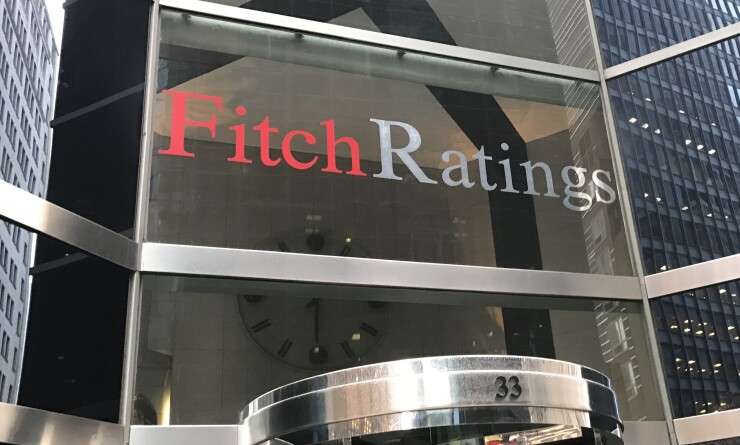 The increase in funding to California schools from the state’s $97.5 billion surplus has helped earn Sacramento City Unified School District a revised Fitch Ratings outlook to stable from negative.

The amount of money dedicated to schools in Gov. Gavin Newsom’s most recent budget proposal changed the dynamic for the Sacramento district, said Graham Schnaars, a Fitch associate director.

The outlook revision to stable “reflects Fitch’s expectations that the district will strictly adhere to minimum fund balance policy by exercising all available tools to align expenditures and revenues,” Fitch analysts wrote.

The capital city school district, which has 39,000 students enrolled in 67 schools, has had a history of fiscal imbalance.

Sacramento County Superintendent of Schools Dave Gordon, whose office has fiscal oversight over the county’s school districts, changed the school district’s budget certification to negative from qualified in April signaling that it could not meet its financial obligations in the next year. A qualified certification means that a district cannot meet its financial obligation over three years.

A school district spokesman didn’t respond to a request for comment on district finances or the revised rating outlook.

Fitch affirmed an issuer default rating of BBB-plus on five series issued between 2002 and 2012 and AA ratings on the 2017E and 2017C general obligation bonds, based on a legal opinion that those bonds are pledged special revenues under the U.S. bankruptcy code.

Fitch downgraded Sacramento City’s issuer default rating to BBB-plus from A-plus in February 2019 and revised the outlook to negative.

The district’s declining enrollment that contributes to weak revenue growth prospects, continued spending pressures and the labor environment were cited for the rating.

Despite its challenges, including an expectation that enrollment will continue to decline, Fitch expects the district to be able to maintain its reserves, at or above its reserve policy level, Schnaars said.

“It gave the school district the runway to address declining enrollment,” Schnaars said. “The salary increases made as a result of labor negotiations in April will decrease the financial cushion, but they will still be able to meet the minimum fund balance.”

The school district ended fiscal 2021 with $103 million in reserves, which is 17% of general fund expenditures.

Some of the actions the state has taken in addition to the increased funding will benefit all of the state’s K-12 schools, which could affect other ratings though Fitch hasn’t evaluated the impact on other school districts yet, Schnaars said.

Moody’s Investors Service affirmed its A3 rating Wednesday ahead of the Sacramento City district’s plans to price $270 million in GOs in coming weeks.

A sale date hasn’t been announced yet for the bonds, nor have the preliminary offering documents posted.