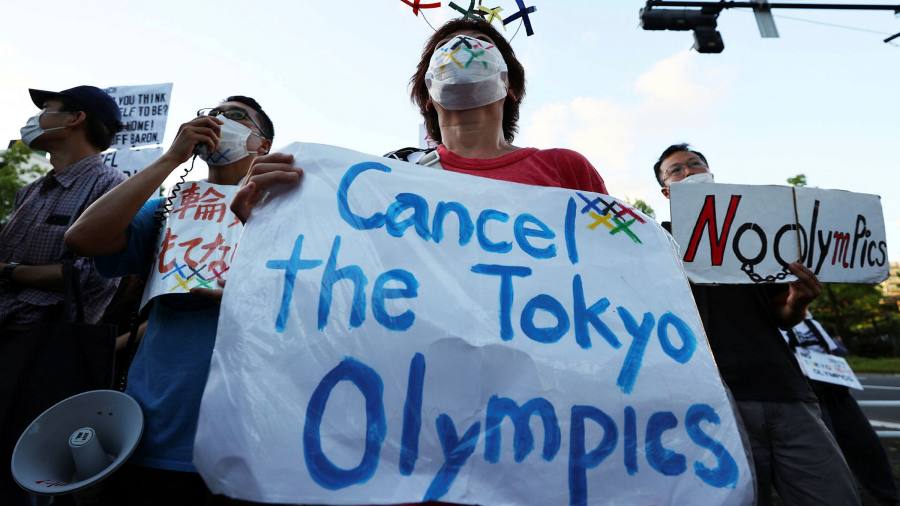 Tokyo’s dreams of a trouble-free run-up to Friday’s Olympic opening ceremony have been shattered by a tally of Covid-19 infections, an alleged rape, a bullying scandal and a vanished weightlifter.

Just four days before the start of what the head of the International Olympic Committee has described as “the most complex” games ever held, organisers said 55 people had tested positive for the virus since July 1.

The problems have erupted following a string of setbacks for the Tokyo 2020 games beyond the pandemic, including corruption and sexism scandals, the scrapping of original plans for the national stadium and fears that the fierce summer heat could endanger the lives of participants.

Those who have tested positive for Covid-19 include athletes and officials, as well as media and contractors, groups that will create an expected inflow to Japan of more than 56,000 people before and during the games.

Two South African football players tested positive on Sunday, becoming the first athletes in the Olympic Village to contract the virus. The British Olympic Association also confirmed that six athletes and two staff members in its athletics team were isolating following a positive Covid case on their flight to Japan. Coco Gauff, the US tennis player, said on Twitter that she would not take part in the Games after testing positive.

The rising number of athletes that have either cancelled their attendance or were forced into long periods of quarantine just as the games are set to begin has reinforced concerns that the sporting competition will be heavily compromised by the pandemic.

Seiko Hashimoto, president of the Tokyo 2020 organising committee, said at a weekend news conference that organisers would strengthen measures to avoid Covid clusters.

Public opposition to the games remains high and was stoked at the weekend by intensive television coverage of Olympic-related foreign visitors breaking restrictions, with some people seen drinking outside the designated areas.

Antipathy to the event was amplified at the weekend following the arrest of an Olympic staff member from Uzbekistan on allegations of serious sexual assault of a Japanese colleague.

Separately, four British and US contractors working as electricians for the games were arrested this month on drugs charges.

Japan has introduced ever more complex safeguards in its efforts to secure its preparations for the games, which were already postponed a year. Almost all events will be held without spectators and life in the Olympic Village will be governed by a strict regime of regular testing and isolation.

Thomas Bach, IOC president, declared last week that there was “zero” risk that visiting athletes would pass infections into the general Japanese population — remarks that were widely criticised as overly confident in the face of surging outbreaks.

The weekend flare-ups of pre-Olympic trouble included the resurfacing of a 1994 magazine interview with Keigo Oyamada, the composer known as “Cornelius” whose music is central to the opening ceremony on Friday. In the interview, Oyamada, 52, boasted about humiliating and bullying a disabled student while in school.

Oyamada apologised in a statement published online but has refused to step down so close to the showcase event.

Separately, local authorities in central Japan are searching for Julius Ssekitoleko, the Ugandan weightlifter who went missing from his team’s training camp after leaving a note saying he wanted to find work in the country. The 20-year-old athlete failed to qualify for the games and was expected to fly back to Uganda this week.

The first ETF is 30 years old this week. It launched a revolution in low-cost investing
Mega-mergers stand out amid a 2022 dip in hospital consolidation
What is a ‘rolling recession’ and how does it affect consumers? Economic experts explain
Jeff Ubben’s Inclusive Capital takes stake in Salesforce as more activists target the software giant
Stocks making the biggest moves premarket: Bed Bath & Beyond, Verizon, Lululemon and more