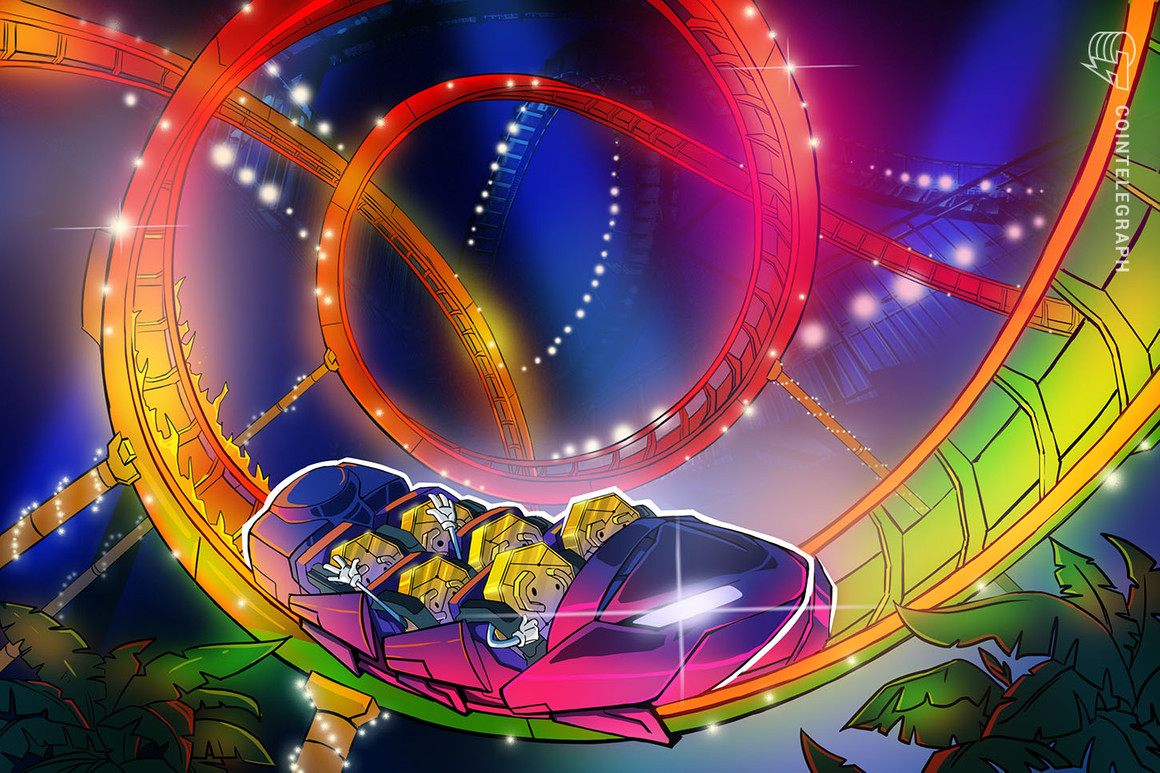 A supersonic rally in the Axie Infinity market that saw its native token AXS surge by 972% in just 23 days is now risking exhaustion.

The AXS/USD exchange rate plunged to as low as $16.02 on Monday, four days after topping out at $29.86. In doing so, the pair attempted to neutralize its extremely overbought sentiments, as flashed by its daily relative strength index (RSI) that treaded above 84 last week, showcasing profit-taking sentiment among investors.

AXS/USD showed signs of rebound at $16.38, a level that coincides with the 61.8% Fib level that—in turn—constitutes a Fibonacci retracement graph made from $23.98-swing high to $4.07-swing low. The two levels represent the top and bottom of the AXS/USD’s current curve range.

Additional support came from the pair’s 20-day exponential moving average (20-day EMA; the green wave). The wave (now near $15.38) was instrumental in strengthening AXS/USD’s upside bias at the beginning of this year, capping wild downside retracements and sending prices in the direction of their previous uptrend.

Similarly, the level held the AXS/USD’s bearish attempts during April-May before giving up and paving the way for a price crash, as shown in the chart below.

Therefore, the previous fractal hints at an extended downside correction for the Axie Infinity token in the sessions ahead. As a result, the current 38.2% Fib level ($11.68) serves as the interim profit target for bears.

Despite its latest bearish move, AXS was up more than 2,5000% on a year-to-date timeframe.

In detail, the cryptocurrency serves as a governance token at Axie Infinity, a nonfungible token-based online video game developed by a Vietnamese studio Sky Mavis. Players get to compete and win rewards in an in-house token called Small Love Potion (SLN). In turn, they could use SLN to breed digital pets, called Axies, inside the game.

The play-to-earn feature has been received well by crypto-philes. Just last week, Axie Infinity raked in over $84M in fees in the last 30 days, more than Bitcoin and Ethereum made in protocol revenue, and more than all the top decentralized finance apps, including PancakeSwap, MetaMask, MakerDAO, Synthetix, and others.

Moreover, while AXS can be exchanged on other platforms, 97% of its volume comes from the Axie Marketplace, a dedicated portal to trade digital pets, which, in turn, passes the fees to the Axie Treasury.

According to Axie World, the Treasury now holds about $23.42mm in marketplace fee and $76.15M in breeding fees (fee charged to breed digital pets).

In turn, the fee is given as a weekly yield to users who stake AXS to run and govern the Axie Protocol.

“Axie Infinity has set itself apart from the rest of the pack – crypto games – and continues to rise,” commented Mason Nystrom, a researcher at Messari, adding:

“The next major milestone will be the launch of the alpha of its virtual world, Lunacia in Q4.”