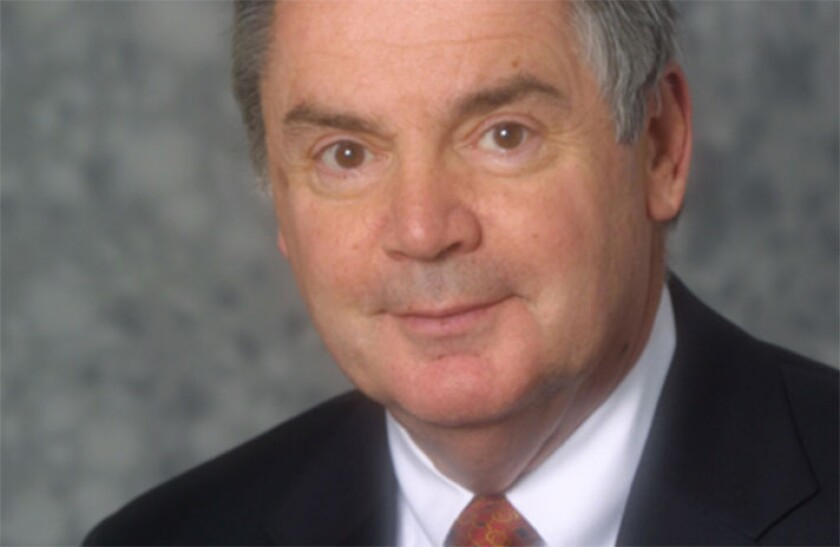 With over 40 years of experience in the municipal bond industry, Weill was a former partner and municipal bond attorney at Kutak Rock before joining MBIA in 1989 as general counsel. He became president of MBIA in 1994 at which time he was responsible for all aspects of insurance operations — both domestically and internationally. In 1999, Weill became vice chairman, overseeing duties for portfolio surveillance and investor relations.

His colleagues and friends said Weill was an innovator and leader in the municipal market and financial guaranty insurance industry.

“It was clear from the beginning that Dick was the individual who knew everything and anything about muni bond insurance,” said Jay Brown, who was CEO of MBIA from 1999 to 2007, and after a brief one-year hiatus returned as chairman and CEO from 2008 to 2017.

“While I was honored to have known him as a colleague, the contributions that Dick made to his community, in particular children, were an example for us all,” Brown said “In the many years after his retirement, Dick and his wife Judy made a significant monetary and time commitment to the immigrant children in Denver. He set a superb example for all of us.”

“The sudden passing of Dick Weill was a shock to all his friends and former colleagues who fondly recall the energy and enthusiasm Dick brought to his stellar career — first as a municipal bond lawyer with the Kutak Rock law firm in Omaha, Nebraska, where he was instrumental in developing the legal documents underlying the concept of municipal bond insurance, and later as an executive with MBIA,” said David Elliott, MBIA’s CEO from 1992 to 1999.

“He was instrumental in introducing financial guarantee products into international markets and, within the company, served as a cherished friend and mentor to many employees,” Elliott added.

“He was always the ‘go to’ person,” he said. “The phrase ‘Weill do it’ accompanied him both at Kutak and MBIA to signify the can-do expectations of his colleagues that Dick would always find a way.”

Before joining MBIA, Weill was a partner in the Omaha-based law firm of Kutak Rock, where he specialized in municipal finance transactions, as well as insurance matters for over two decades.

From the inception of municipal bond insurance in the late 1960s, Weill was involved first with the original entrepreneurial group that created MBIA, and its predecessors.

“Dick was instrumental in bringing together many public finance luminaries, such as Paul Volcker and Jim Lebenthal, to serve on the MBIA Board,” recalled Freda Johnson, former MBIA Board member, and was an executive vice president and public finance division head at Moody’s Investors Service from 1979 through 1990.

In the 1980s, Weill was involved in the creation of FSA, as well as the financial guaranty insurance industry’s trade association, AFGI.

Weill is a member of the American and Nebraska Bar Associations, as well as a trustee of the University of Nebraska Foundation, president of the Robert J. Kutak Foundation, and has served on a number of corporate boards.

He received a bachelor’s degree in business administration from the University of Nebraska in 1964 graduating with high distinction. He attended New York University School of Law as a Root-Tilden Scholar and was an editor of the Law Review, graduating with honors in 1967.

In his retirement, Weill and his wife, Judy, split their time living in between New York City and Tucson, Arizona.