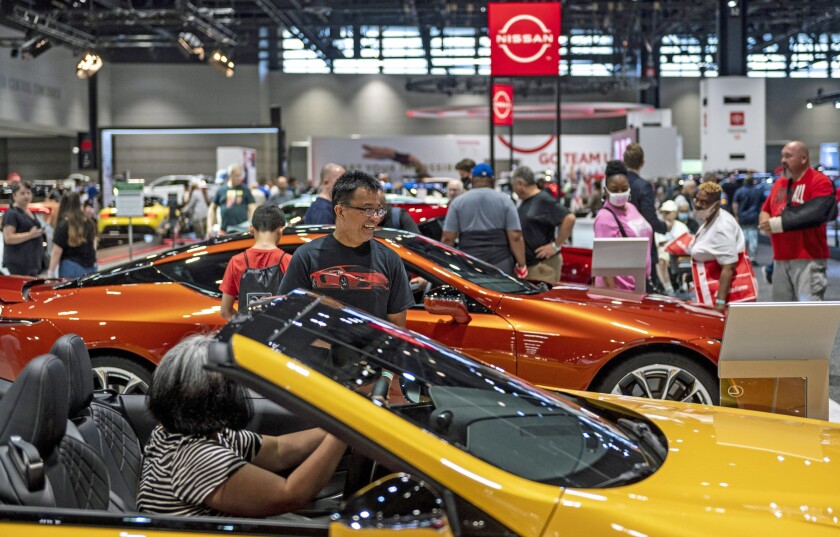 The Metropolitan Pier and Exposition Authority of Illinois trimmed its spread penalties in the first primary outing of an Illinois-linked borrower to reap the benefits of the state’s positive rating momentum.

It saw a 98 basis point spread to the Municipal Market Data’s AAA benchmark on its later maturing term bonds, and when accounting for the 4% coupons on the maturities the spread shrinks by 15 bps. Spreads also reflected a premium due the forward delivery of bonds in March which widens them.

Despite the premium, spread penalties narrowed to double-digits from triple digits.

MPEA saw a 199 bp spread on the only tax-exempt tranche in the agency’s deal last summer — a 22-year bond with a 5% coupon. In an early sign that the agency would fare better in the deal that priced Thursday, that bond had been trading at a 52 bp spread.

A combination of market conditions with demand outstripping supply, a hunt for yield, a wider national upswing of credit quality thanks to the flood of federal relief, and Met Pier rating and outlook upgrades that followed positive rating action on Illinois over the last month buoyed the deal.

“Munis of all stripes have been enjoying favorable perceptions of credit quality. Spreads (a leading indicator of credit quality) have been trending lower for the past six months and this is especially noticeable in some of the states with the highest profiles” like Illinois, New Jersey, and Connecticut, said Daniel Berger, senior market strategist at MMD-Refinitiv, said in the firm’s weekly report.

“Interest in the authority’s bonds was strong across all maturities, including the current interest bonds and the capital appreciation bonds,” MPEA said in a statement. “While it’s always difficult to pinpoint, there were a number of tailwinds that likely helped the authority achieve a successful pricing” including rating momentum and market conditions.

The tourism and entertainment-driven taxes that backstop the authority’s debt were pummeled by the travel and social distancing measures imposed to fight the COVID-19 pandemic.

Future scoop-and-toss restructurings are expected as the agency tries to match rebounding tax revenues on hotels, auto rentals, restaurants, and airport taxi rides — all of which plummeted in late fiscal 2020 and continued through fiscal 2021 — while also trimming the demands of an escalating debt service schedule.

Taxes are picking up and operations are resuming with the annual Chicago Auto Show opening Thursday for a five-day run. It typically runs in February for 10 days.

S&P Global Ratings upgraded MPEA to BBB-plus with a stable outlook, citing its recent upgrade of Illinois to BBB from BBB-minus. S&P caps the rating at one notch above the state.

Moody’s Investors Service raised MPEA’s rating one notch, bringing it back into investment grade at Baa3 after raising the state’s rating one notch to Baa2 earlier this month. It was not asked to rate the new MPEA bonds.

The agency has $3 billion of debt. Goldman Sachs and Citigroup were co-joint bookrunning senior managers.