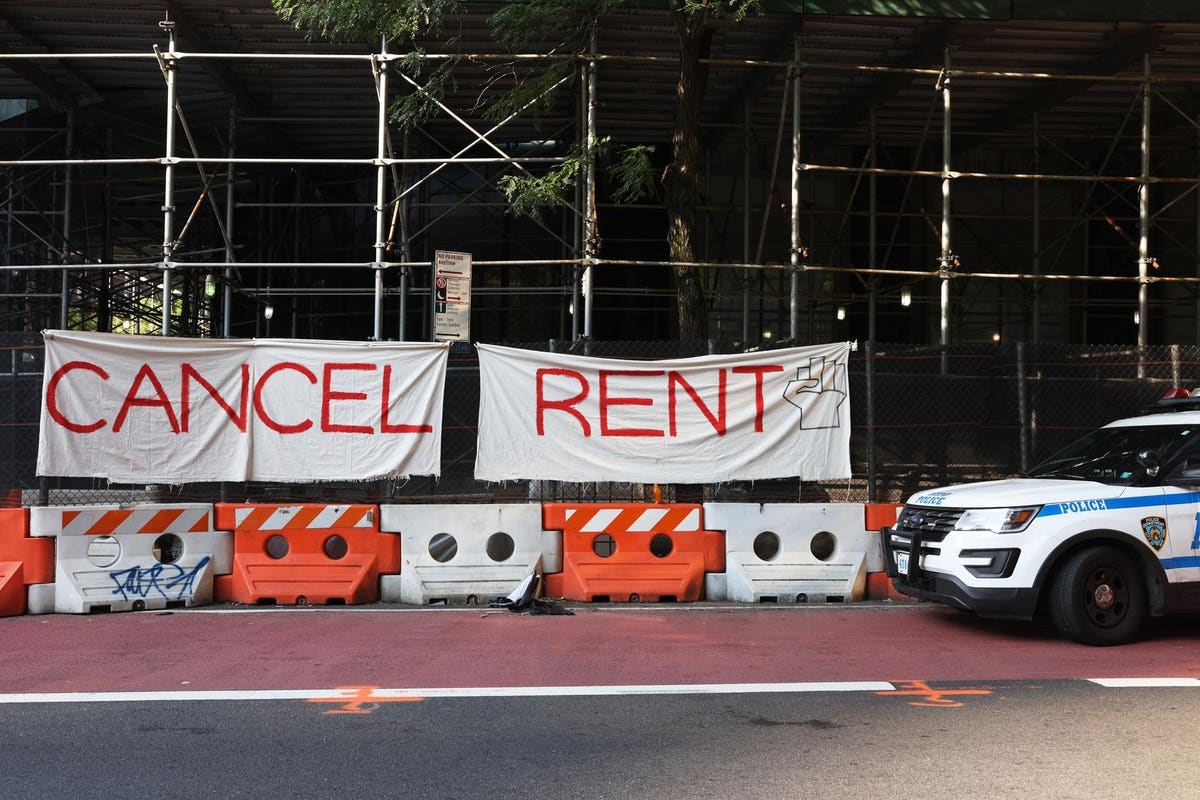 Keep living in an apartment without paying rent? In the “before times,” it would have been unthinkable — at least without a concerted legal battle with an angry landlord.

During the COVID-19 pandemic, though, all that went out the window.

Congress first put an eviction moratorium into place from March 27 to July 24, 2020, during a time when many millions were out of work. Then the pandemic continued, and Congress and the U.S. Centers for Disease Control started taking turns extending moratoriums to stop people being turned out into a world of contagion and potentially spreading it.

The latest CDC-imposed moratorium extension, which was announced at the end of June, is meant to be the last one, according to the agency. Even though the Supreme Court just weighed in to say that the CDC exceeded its authority and congressional action should have been necessary for the extension, the ruling allowed the current extension to remain in place.

When it expires, renters will have to start paying again, or risk eviction and court. But it’s been a long time coming, and many landlords aren’t happy.

Many have lost money, and some say they’re on the point of bankruptcy due to unpaid mortgages. The moratoriums had led to legal challenges over the CDC’s powers, but the new Supreme Court ruling seems to make clear that Congress could take such action in the future.

However, the most important issue may not be whether the government has such broad powers to intervene in the real estate industry when it concerns public health. Instead, it may be that government policies built upon good intentions can appear helpful on the surface — but lead to unintended consequences without proper planning and foresight.

The impact of moratoriums has been most difficult for the smallest landlords.

Large-scale property owners were largely able to “weather the storm because they have a cushion to cover monthly expenses like taxes, heating oil, electric, employee wages,” according to Michelle Quinn, a partner at New York City real estate law firm Gallet Dreyer & Berkey.

But smaller-scale landlords — even those who “have five, six, seven units where they live in one and rent out the others,” said Quinn, simply don’t have those resources. “Really the landlords are the party taking the brunt of the effect of the pandemic,” she argued.

Quinn said while rental moratoriums may have been necessary to stem COVID, little thought was paid to what landlords should do, with banks still expecting mortgage payments.

Many owners, she said, were in fact left in the lurch after missing months of payments.

“I have two cases in high-end coop and condo where the tenants just left,” Quinn said. “They’re giving tenants a break, but not giving landlords a break.”

Paul Getty, CEO of First Guardian Group, which provides services for real-estate investors — including many “mom-and-pop owners” — said many of his clients say they have been unable to get payments from tenants who did not appear to have lost income.

“It’s a financial crisis for our landlords,” Getty said.

He said that while larger-scale property owners were able to navigate the options made available by federal, state and local governments for landlords to avoid foreclosure, for many people who bought into one or two properties to build wealth, it was less feasible.

“You can have a full-fledged accounting department, you can hire some analysts, and you can run the red tape more efficiently like that,” Getty said of large property investment firms.

That situation led some landlords to turn to the courts.

The case argued that the plaintiffs — who were all landlords who had tenants not pay rent during the pandemic — had expected their tenants to pay rent and‚ if they did not, retained the ability to evict them and find others who would, regardless of the CDC orders.

“Plaintiffs failed to anticipate … that the U.S. Centers for Disease Control, a federal agency, would issue a sweeping unilateral order suspending state law under the flimsy premise that doing so was ‘necessary’ to control the COVID-19 pandemic,” the brief stated.

It argued the CDC was not empowered to issue rental moratoriums.

“But even if they were,” the legal brief said, “they are unprecedented in our history and are an affront to core constitutional limits on federal power.”

Some legal experts had questioned that argument.

“We have in place federal legislation that allows for measures to be taken by the CDC if local control is not adequate to address a public health issue,” said Pamella Seay, a professor of law at Florida Gulf Coast University, who noted many renters faced the risk of homelessness.

Seay pointed to title 42, part 70.2 of the Code of Federal Regulations as one legal statute that gives the CDC sweeping powers to intervene in society for health purposes.

“The [CDC] director is allowed to take measures they believe necessary to prevent the spread of infections,” she said. “Why was this important? Because people were not able to do their jobs.”

“How do you pay for your rent if you do not have an income? It was important to be sure that people would not have to be put out on the streets or into other communal living arrangements because we did not want to spread the pandemic.”

Ultimately, Seay argued, a balance had to be struck between the broader concerns about a pandemic that temporarily flattened the economic and the situation faced by landlords.

“Without public health, what good is [property] ownership?” she said.

Even if the CDC can’t single-handedly create or extend such a broad moratorium, it does have extensive powers granted by Congress that might allow it to take other action that would interfere with some property rights.

Under the moratoriums, tenants still had to make their best efforts to pay part of their rent and actively seek out government assistance, which did exist, to help meet their obligations.

“The federal government stepped in with a lot of rent relief,” said Mel Jones, a research scientist with the Center for Housing Research at Virginia Tech, adding it helped many.

And where they weren’t, many simply couldn’t, she said.

While federal and state aid were supposed to bring relief, the problem has been in getting both tenants and landlords to understand what was available during a time of chaos.

“A lot of people probably never went back into the CARES act and read it,” Seay said, referring to the $2.2-trillion Coronavirus Aid, Relief, and Economic Security Act, which was passed by Congress in March 2020 to stimulate an American economy hamstrung by lockdowns.

Many smaller landlords couldn’t easily learn about sources of money for tenants, economic injury disaster loans, PPP loans and even special depreciation on taxes — and that’s where largest property owners, with their teams of regulatory experts, had sole advantage.

“Many [smaller landlords] didn’t go to the CDC regulation and didn’t know what it meant. Even the summary referenced 15 or more rules or acts that were part of it,” Seay said.

For those owners, moratoriums just passed the payment buck one step up the chain.