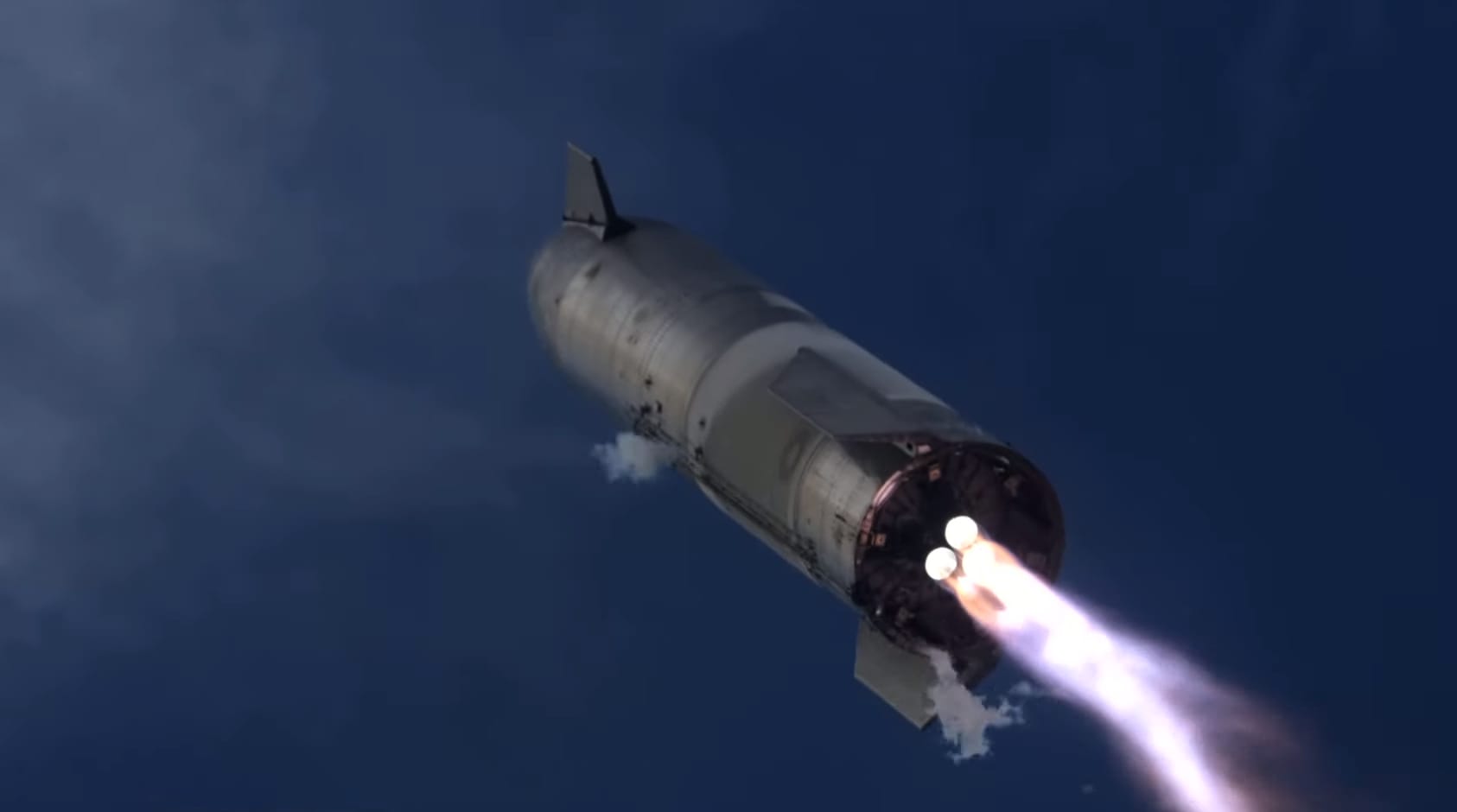 Investing
Starship prototype SN10 fires its three Raptor engines as it comes in for the landing.
SpaceX

The U.S. Air Force is expanding a small development program that wants to leverage reusable rockets, like those SpaceX is building, to deliver cargo quickly to anywhere in the world.

Called Rocket Cargo, the experimental military program will be led by the U.S. Space Force, the Pentagon announced on Friday. The program will research and help develop capabilities such as landing “a rocket on a wide range of non-traditional materials and surfaces,” engineering “a rocket cargo bay and logistics for rapid loading and unloading,” and air-dropping “cargo from the rocket after re-entry in order to service locations where a rocket or aircraft cannot possibly land,” the Air Force said.

Rocket Cargo effectively describes the Starship rockets that SpaceX is developing, as the military program will look at fully reusable private rockets that can launch between 30 and 100 tons. Notably, SpaceX leadership in prior years touted point-to-point space travel as one of Starship’s capabilities.

Point-to-point space travel is a form of transportation, in which a rocket would launch into space and then return at another location, making it hypothetically capable of bringing supplies or possibly people from one side of the Earth to the other in under an hour.

SpaceX has been testing prototypes of Starship at its facility in Texas, most recently landing and recovering prototype SN15 after a high-altitude flight test. While SpaceX is aiming to accomplish a feat no previous rocket has achieved — reusing rockets quickly to make spaceflight more akin to air travel, instead of the traditional approach of discarding the rocket after launch — the last high-altitude flight test was the first that ended without the prototype exploding. The company has yet to reach orbit with the rocket.

Dr. Greg Spanjers, the Air Force Research Laboratory’s leader on the Rocket Cargo program, gave NASA’s Human Landing Systems program competition as an example of companies working on “viable” options of the Rocket Cargo capability. That NASA program, which is focused on building lunar landers that carry crew to the moon’s surface, featured three teams: led by Elon Musk’s SpaceX, Jeff Bezos‘ Blue Origin, and Leidos‘ subsidiary Dynetics. But Spanjers said the Air Force has “talked to many more companies than that” about the Rocket Cargo program.

“We talked to a number of providers that we see potentially coming to the table to compete for these contracts,” Spanjers said at a press conference on Friday. “SpaceX is certainly the most visible, no question about it … [but] what you’re trying to do is go into an orbital or a suborbital trajectory, bring the payload back down, and land it on the planet Earth. There are multiple companies that have that technological capability today, not just SpaceX.”

Additionally, the Air Force is willing to consider companies for Rocket Cargo which are not yet developing a point-to-point fully reusable capability.

“Today we are going to build the interfaces and the inroads to encourage more and more companies to enter into that realm. Hopefully they perceive a return on investment, in a business case that’s approved by the [Department of Defense] expressing interest in buying the service down the road,” Spanjers said.

This article was originally published by Cnbc.com. Read the original article here.