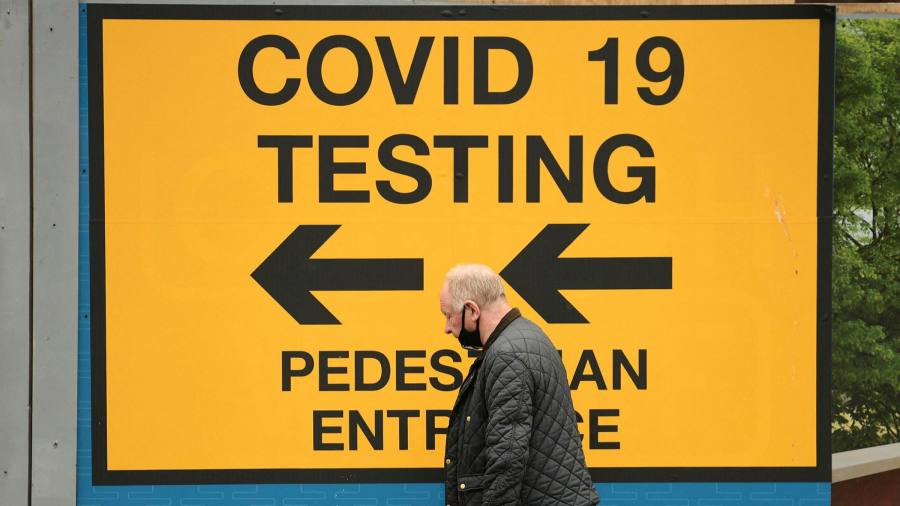 Narendra Modi, Indian prime minister, has announced that his government will offer Covid-19 vaccines to all citizens for free, reversing a much-derided policy requiring India’s states to buy their own jabs at higher prices. India, the world’s largest vaccine manufacturer, has for weeks been battling a severe shortage of jabs.

Thousands of British tourists are returning early from their holidays in Portugal after the UK government removed the popular destination from England’s quarantine-free travel “green list”. Passengers returning after 4am on Tuesday will have to quarantine for 10 days and take an extra Covid-19 test.

Wales is to offer over-18s a coronavirus jab by the start of next week, as the principality hits its vaccination target ahead of schedule. “We expect to reach 75 per cent take-up across all priority groups and age groups a month ahead of target,” said First Minister Mark Drakeford on Monday.

House prices in the UK accelerated last month to show the biggest annual rise in seven years. The Halifax monthly house price index showed a 9.5 per cent rise in prices in May from the same month a year earlier, the fastest rate since June 2014, bringing the average UK property to be valued at a record £261,743.

UK travel agents are losing their homes and facing “absolute hardship and desperation” while the government keeps international travel limited to a minimum, the industry trade body Abta warned. Mark Tanzer, chief executive of Abta, said he feared a generation of travel agents would be lost because of the crisis.

Norwegian and Carnival announced plans to resume sailings from US ports this summer, marking the first return of cruises to the biggest market since the pandemic began. Norwegian plans to sail from New York, Los Angeles, Port Canaveral and Miami, while Carnival would resume voyages from Galveston.

Moderna has asked European Union regulators to approve its Covid-19 vaccine for use in teenagers, as the vaccine rollout expands into younger populations. The US pharmaceutical company said on Monday it had applied to the European Medicines Agency for authorisation of its vaccine in 12 to 18 year olds.

Serviced office provider IWG has warned of a delay to its recovery, saying that earnings for this year will be “well below” the level in 2020. “The overall improvement in occupancy has been lower than previously anticipated,” the company said on Monday. IWG said that it still expected a “strong recovery” in 2022.