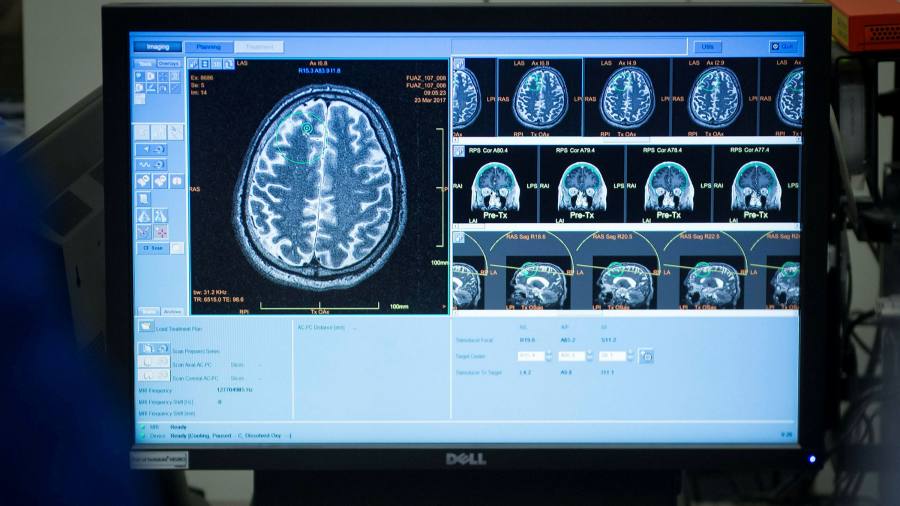 Biogen’s decision to price its newly approved Alzheimer’s treatment at $56,000-a-year has reignited the debate over the high cost of drugs in the US, the world’s largest and most profitable healthcare market.

Shortly after securing US approval on Monday for the first new Alzheimer’s medicine in almost two decades, the Massachusetts-based biotech group announced a price that was well above even the highest analyst estimates. Evercore ISI had been expecting a pricetag of $10,000-a-year while UBS, at the upper end of the range, had predicted $24,000.

Drug pricing campaigners sharply criticised Biogen for the price it assigned to the drug, called aducanumab, adding to years of criticism levied at the company over the high cost of its medicines for conditions including multiple sclerosis and spinal muscular atrophy.

They said the price of the Alzheimer’s medicine, which will be sold under the Aduhelm brand name, was particularly egregious given that it has proven so divisive among doctors and scientists, many of whom say there is scant evidence that it even works.

Michael Carome, director of the health research group at Public Citizen, said “these costs to patients, to their families, are just not justified based upon what we know about this drug”.

Carome also hit out at the US Food and Drug Administration for approving aducanumab in the first place. The agency gave a green light to the medicine — despite staunch opposition from a panel of its own scientific advisers — using an “accelerated pathway” that allows it to sign off on drugs in advance of conclusive clinical trial data.

Carome said that the medicine’s approval was “one of the worst decisions the agency has ever made” and “eviscerates the . . . standards for approving new drugs”.

The FDA’s decision to approve the drug for all Alzheimer’s patients, rather than only the subset of mild sufferers it was tested on, surprised investors. Biogen’s shares closed up 38 per cent at $395.85 on Monday, a six-year high.

David Mitchell, founder of Patients For Affordable Drugs, said: “The people who are going to be asking for [aducanumab] are going to pay $56,000 for hope.”

The Institute for Clinical and Economic Review, a US non-profit that tries to calculate a fair price to drugs, said the treatment was worth between $2,500 and $8,300 per year based on existing evidence.

ICER also hit out at the FDA’s decision, saying the agency had “failed in its responsibility to protect patients and families from unproven treatments with known harms”, referring to the brain swelling experienced by some participants in clinical trials.

Aducanumab is the first drug that has been approved to slow down the progression of Alzheimer’s, in contrast to other medicines that treat the symptoms rather than altering the course of the disease.

ICER said the price being charged by Biogen would only be justified for a drug that stopped cognitive decline entirely, rather than slowing the speed at which the disease progresses.

Reshma Ramachandra, co-chair of the Drug Affordability Action Committee at Doctors for America, said: “In approving aducanumab, the FDA has made every physician’s nightmare come true of forcing patients to shoulder the burden of paying an exorbitant price for a drug with no proven benefit.”

The pricing announcement comes as the Biden administration calls on drugmakers to lower the price of medicines. The president’s decision to support a waiver of patents for Covid-19 vaccines has stoked fears that he will take a similarly strong stance on the cost of drugs.

The FDA’s decision creates a conundrum for regulators in other countries, who will have to decide whether to follow its interpretation of the evidence in favour of approval.

Olivier Wouters, assistant professor of health policy at the London School of Economics, questioned whether European regulators would approve the drug “without conclusive evidence” of a “meaningful benefit” to patients.

If they do give aducanumab the green light, government bodies that negotiate drug prices, such as the UK’s National Institute for Clinical and Health Excellence, will have to determine if the drug is good value for money.

Wouters said European authorities would probably seek “significant price reductions if they’re even going to consider covering this product using taxpayer money”. He added that officials might be better off using their limited resources to “pay for drugs used to treat other diseases that have been shown conclusively to work”.

Tahir Amin, co-founder of the campaign group Initiative for Medicines, Access and Knowledge, acknowledged that patients were desperate for treatment that could slow the course of a disease that has befuddled Big Pharma for years despite billions of dollars spent on failed drugs.

But he said the demand “should not be at the cost of false hopes while enriching companies like Biogen”.