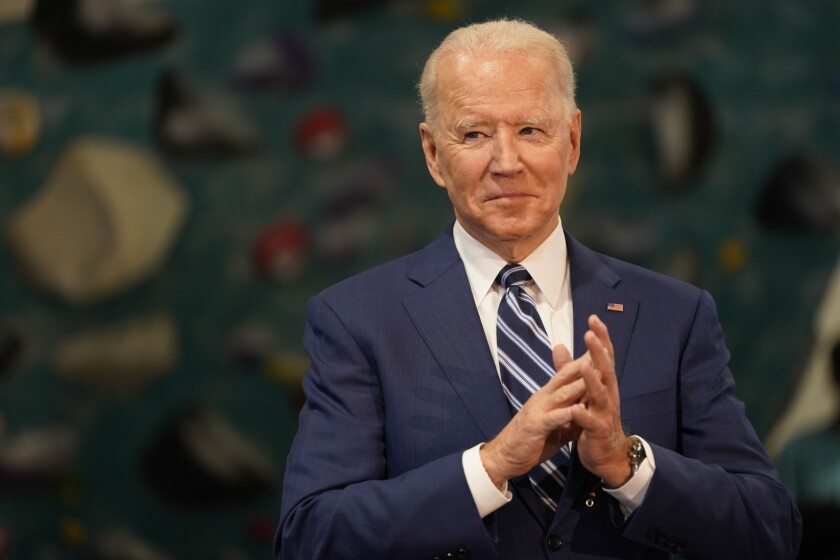 The Biden administration is proposing the authorization of $50 billion in direct-pay qualified School Infrastructure Bonds and doubling the limit on tax-exempt private activity bonds for transportation infrastructure to $30 billion.

The Treasury’s so-called Green Book of proposed changes to tax law released Friday also calls for an enhancement of the Low-Income Housing Tax Credit that is often used for bond-financed multifamily housing projects.

The document overall proposes a net increase of $2.4 trillion in taxes over 10 years, most of which have been outlined before by President Biden. Among the highlights are a hike in the corporate tax to 28% and raising the top individual tax rate to 39.6%.

However, the administration’s list of tax relief measures does not mention the No. 1 tax change sought by state and local governments — a reinstatement of the tax exemption for advance refunding bonds.

Nor does it mention another top priority for local governments and nonprofits — an increase in the limit on tax-exempt bank-qualified debt to $30 million for nonprofit borrowers.

Both those provisions still are likely to be considered by the House Ways and Means Committee and the Senate Finance Committee as they consider ways to finance infrastructure legislation.

They in fact enjoy bipartisan support.

More daunting may be the efforts by some Northeast lawmakers to repeal the $10,000 cap on the federal deduction for state and local taxes. The Biden tax planmakes no mention of SALT.

QSIBs also were part of the American Recovery and Reinvestment Act enacted in February 2009.

This new round of proposed taxable QSIBs would be similar to direct-pay Build America Bonds and would be eligible for issuance over three years from 2022 through 2024 with annual limits of $16.7 billion for each year.

The Treasury said the QSIBs “will attract new sources of capital for investment in our nation’s schools.”

“The allocation of this bond authority among states would be based on the proportion of funds that each State receives under Title I, Part A of the Elementary and Secondary Education Act of 1965,” Treasury said.

Priority would be given to using the proceeds to reopen schools and eligible uses would include expanding access to high-speed broadband for digital learning.

Sens. Michael Bennet, D-Colo., and Roger Wicker, R-Miss., are lead sponsors of the American Infrastructure Bonds Act of 2021 that would create a new series of direct-pay bonds that, unlike BABs, would be exempt from federal budget sequester cuts.

These taxable bonds would be marketable to pension funds and foreign investors while municipal issuers would receive direct payments from the Treasury Department at a rate of 28%.

As for the $15 billion in transportation PABs, the allocation would be made by the Department of Transportation. Public transit, passenger rail, and infrastructure for zero emissions vehicles would be added as qualified activities for which such bonds may be issued.