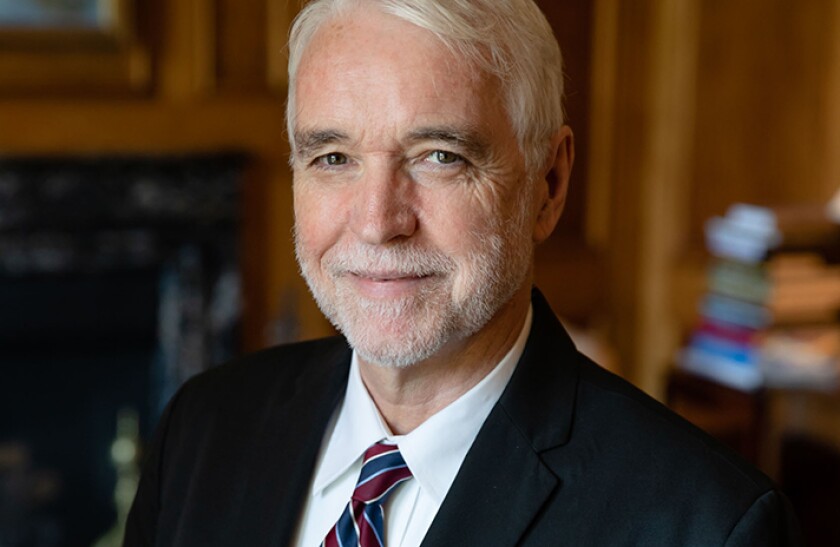 The tide has turned for some Illinois public universities’ already bruised ratings as COVID-19 pressures on their balance sheet and state funding levels ease.

S&P Global Ratings on Friday upgraded the University of Illinois, the state’s flagship, by two notches noting its resilient balance sheet independent of state help and analysts revised the outlook on five other regional universities they rate to stable from negative.

The universities, most rated at junk levels, headed into the pandemic with enrollment levels, their reputations, and credits weakened due to the state budget stalemate that gripped it from 2015 to mid-2017. As a result, the schools dipped into reserves and cut staff and programs and were still in recovery mode.

The state’s flagship headed into the pandemic most able to weather the fiscal storm and was rewarded by S&P with a two notch upgrade on its school’s auxiliary facilities system bonds and certificates of participation to A-plus from A-minus with a stable outlook.

The upgrade comes ahead of the school’s sale of $140 million AFS-backed new money and refunding bonds. The flagship school plans to refund $120 million of its 2011 bonds and will use about $20 million of proceeds from the issue toward the restoration of two campus parking garages.

“We raised the rating to A-plus due to the university’s decreasing reliance on state funds in recent years through demonstrable increases in net tuition revenue, research funding, and fundraising,” S&P analyst Sean Wiley said. “These financial improvements have helped the university generate consistent full-accrual surpluses and considerable growth in available resources over the past three years, which we believe will continue during the outlook period.”

The Big Ten conference school with 89,000 full-time students operates three campuses in Urbana-Champaign, Chicago, and Springfield along with a major teaching hospital that combined generate a revenue base of $6.4 billion with cash and investments of $5.8 billion.

About 30% of revenue comes from state appropriations. The school will resume in-person learning for the fall semester. It used a rapid saliva test developed by its own researchers to implement a mixed hybrid return for the current school year.

Moody’s moved the outlook to stable from negative last month on the A1 rating that applies to $1.1 billion of AFS bonds, $112 million of COPs, $71 million of academic facilities lease revenue bonds as well as the A2 of South Campus bonds, and the Baa1 on health services facilities system bonds. The university has $1.7 billion of outstanding debt.

“The university’s resiliency in a time of operating stress driven by the COVID-19 pandemic, evidenced by stable enrollment, projections of surplus cash flow, and no deterioration in its balance sheet” drove the outlook change, Moody’s said. The rating agency’s recent revision of the state’s outlook to stable from negative also contributed as well as additional federal aid. “Prospects for at least stable state funding for fiscal 2022 are high given the state’s improved fiscal position.”

State lawmakers face a May 31 deadline to pass a budget for the fiscal year beginning July 1, so final spending allocations are not yet set in stone. Gov. J.B. Pritzker’s proposed $42 billion general fund budget mostly held higher education funding steady at $2.1 billion with some small increases for tuition grants.

Public universities would receive $1.15 billion of the total pot with $249 million going to community colleges. The state’s $8.1 billion share of new federal relief in the American Rescue Plan eases worries of a cut. The state’s colleges and universities and private institutions received about $200 from the March 2020 CARES Act, about $700 million from the December relief package, and are receiving about $1.3 billion from ARP.

“The outlook revisions reflect the waning of fiscal and economic uncertainty stemming from the COVID-19 pandemic and subsequent economic downturn” as well as the state’s revised rating, S&P said. “We believe that the state’s improved budget position mitigates the risk of reduced appropriations for Illinois public universities, which receive a material amount of support from the state for operations and benefits.”

The negative outlook had been assigned after S&P last spring moved the state’s outlook to negative.

The nine schools rely on the state for about 40% of their operating funds, although the percentage is lower for the flagship. The nine schools carry more than $2 billion in outstanding debt, with most issuing under two structures: certificates of participation and auxiliary revenue bonds.

Northern and Southern — both with their ratings still below investment grade — sold deals this spring wrapped with insurance from Build America Mutual Assurance Co.

Northern, which last year saw its first enrollment uptick after years of declines, recently sold nearly $100 million of refunding bonds to buy out a private partnership with Collegiate Housing Foundation on residence halls. Proceeds terminated the capital lease agreement, which the university sought to give it more flexibility in managing housing plans. Southern refunded $50 million of debt.