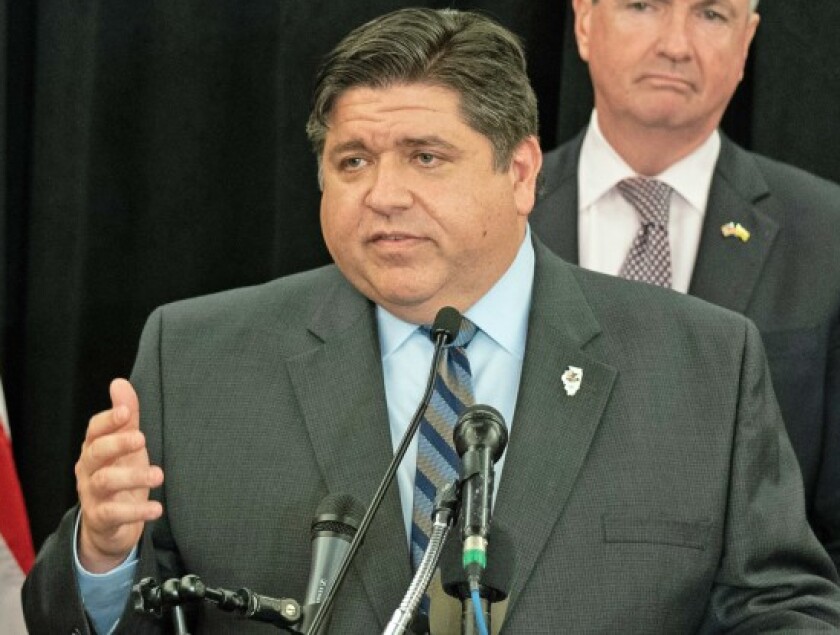 Illinois will dip into its growing pot of tax revenues to pay off the remaining $2.175 billion of outstanding debt borrowed through the Federal Reserve’s Municipal Liquidity Facility to manage last year’s COVID-19 tax blows.

The Treasury Department’s interim guidance, released May 10, barring debt repayment as an eligible use of American Rescue Plan dollars threw a wrench — at least temporarily — into Chicago’s and Illinois’ plans to pay down debt issued last year. Illinois borrowed through the MLF and Chicago issued notes ahead of a planned scoop-and-toss borrowing to stave off deep cuts and layoffs as tax revenues plummeted. Both planned to pay off the debt with ARP funds.

Both planned to lobby the Treasury Department for a guidance change during a 60-day comment period, but Illinois was under the gun to make repayment plans ahead of a May 31 deadline to pass a fiscal 2022 budget. The state is receiving $8.1 billion from the ARP.

“Instead, the comptroller will utilize the state’s revenue over-performance and effective cash management to pay off the debt in its entirety within the next budget year,” Gov. J.B. Pritzker said in a statement announcing a repayment deal agreed to by state Comptroller Susana Mendoza who manages bill payments, House Speaker Emanuel “Chris” Welch and Senate President Don Harmon. All four are Democrats.

“Repaying the federal government is an important step in our efforts to ensure the state remains on sound fiscal footing,” Pritzker said in the statement.

The state took a $1.2 billion one-year loan through the MLF last May and in December borrowed $2 billion in a three-year loan to be repaid through annual installments. Mendoza will instead steer state cash to pay off the debt during fiscal 2022, which should save about $100 million in interest.

The Governor’s Office of Management and Budget last week raised revenue projections by $1.47 billion for the current fiscal year and $842 million for fiscal 2022 due to strong individual income, corporate income and sales tax collections that were tracking 5% higher than the February estimates used to craft the proposed $42 billion general fund budget. Pritzker previously said the higher estimates would allow the state to restore a scheduled $350 million annual increase in education aid not included in his budget.

Mendoza last week shot off a letter to Treasury Secretary Janet Yellen making the state’s case for a rule change, arguing the state took the MLF debt to manage COVID wounds and so it should be allowed to repay the Federal Reserve with federal relief dollars.

Using rising tax dollars to repay the loans lends support to Pritzker’s proposal to close a budget gap by eliminating $900 million of corporate tax breaks. It should also appease rating agency analysts who praised plans to pay down the debt early and are scrutinizing state action as any worsening of a structural gap would be viewed negatively.

The state has not laid out a formal plan for using the $8.1 billion relief aside from Pritzker commenting that he wanted to pay off short-term borrowing and a portion of the $4 billion bill backlog.

Lawmakers are heading into the final week ahead of the May 31 budget deadline and debate is centered on how to close a $1.3 billion gap with both cuts and revenue-generating measures on the table.

House Majority Leader Greg Harris, D-Chicago, warned during a budget update Thursday that spending reductions alone would cut a wide swath across the state impacting education and services. Pritzker’s proposal to eliminate a series of corporate tax breaks would provide much of the fix but some have bipartisan opposition.

The Chicago Civic Federation said it generally supported the proposed budget as “reasonable” for holding the line on spending and funding statutory pension contributions but also targeted those rollbacks in its recent analysis.

The incoming federal aid provides breathing room as budget negotiations continue and “given the increased flexibility, the proposed business tax changes should be excluded from the enacted budget,” said the federation’s President Laurence Msall. “Increasing taxes during a recession can easily exacerbate the negative impacts of the recession and hamper the economic recovery.”

“After such a difficult year for local and regional economies during the pandemic, municipalities in Cook County, and across the state, cannot afford additional revenue losses — especially during this period of recovery,” Cook County Board President Toni Preckwinkle said at a Wednesday news conference with municipal mayors and presidents.

The group wants the state to scrap the new cut and gradually restore the amount shared with local governments to 10%. LGDF funds account for up to 20% of some local operating budgets.

The Pritzker administration has so far ignored the pleas, arguing instead that local governments should press their state lawmakers to support his proposal to end about $900 million in corporate tax breaks, which would generate about $200 million more in local revenue.

Fitch Ratings, Moody’s Investors Service and S&P Global Ratings rate the state at the lowest investment grade level, with Fitch assigning a negative outlook. Moody’s and S&P recently moved their outlooks to stable from negative due to the relief package and better-than-projected revenue collections.

The state’s bonds continued to benefit in late trading Thursday from the Illinois Supreme Court’s opinion blocking a lawsuit that sought to invalidate $14 billion of state general obligation bonds from moving forward.

A 2025 bond late Thursday traded at 63 basis points over AAA benchmark compared to a prior trade of 89 bps over and a 2026 bond traded after the ruling at a 63 bp spread compared to prior trades of 94 bps, said Ed Lee, strategist at IHS Markit.

Brussels urged to rein in Ukraine’s ‘unrealistic’ EU hopes
The legal dangers of getting involved with DAOs
What is a ‘rolling recession’ and how does it affect consumers? Economic experts explain
Directional Vertical Strategy with Protection from a Shorter Duration Vertical (Members Preview)
California children’s hospital expansion propelled by bond funding