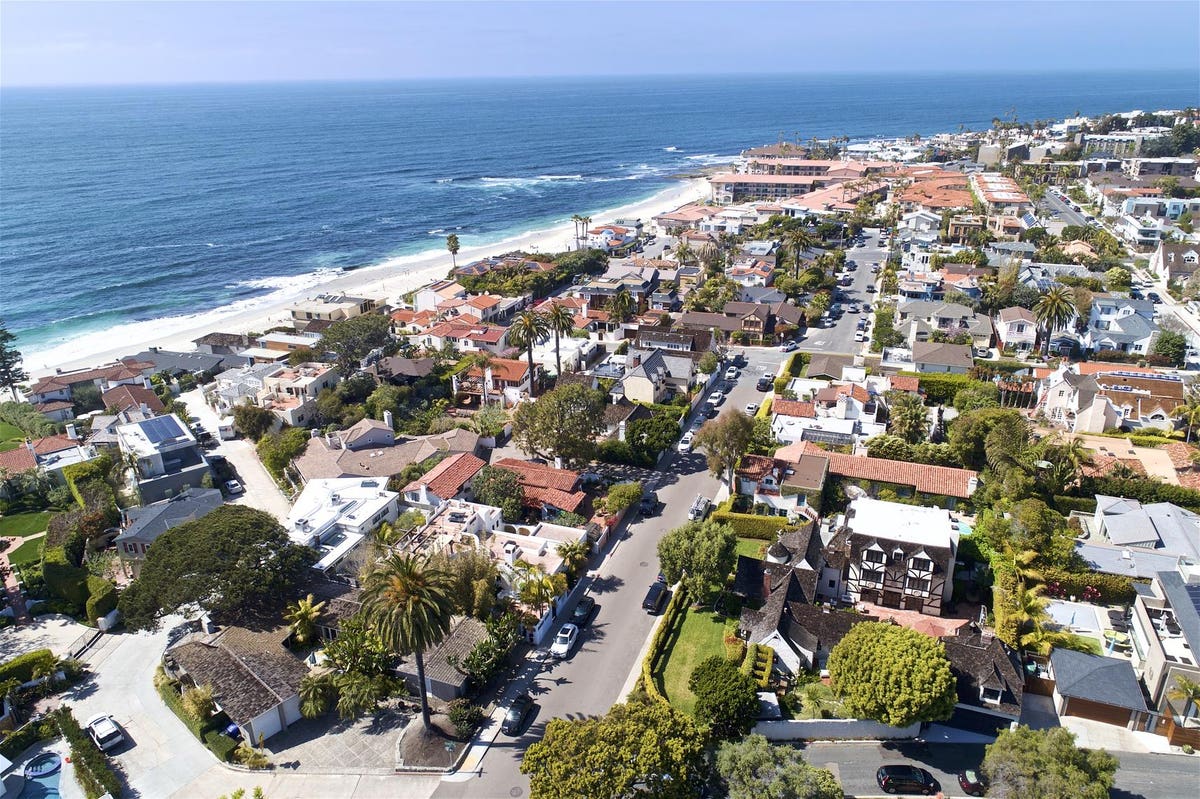 A landmark English Tudor-style home in the La Jolla neighborhood of San Diego has come on the market for $8.85 million.

The storybook home, dating to nearly 100 years ago, was designed and built by noted San Diego architect Edgar V. Ullrich as his personal residence, according to Regin Daniels Rubin of Willis Allen Real Estate, who is co-listing the property with Linda Daniels and Marta Schrimpf. In the late 1920s, it was later owned by Philip Barber, the pioneering New Jersey developer who created the area’s charming Beach-Barber Tract, where the house is located.

Although development of the tract was slowed in the 1930s by the Great Depression, Rubin says the area remains an idyllic area filled with architectural treasures. English, French Normandy and Spanish-style homes designed by celebrated architects such as Ullrich are found throughout the quiet neighborhood, which stretches west of La Jolla Boulevard to Windansea Beach. The combination of pedigree and location has made the Beach-Barber Tract one of the most sought-after neighborhoods in all of San Diego.

“The neighborhood is highly coveted for its historic charm and its proximity to both the ocean and the amenities of La Jolla’s beloved Village area,” Rubin said.

Approached by a brick-lined walkway, the three-story residence has all the trappings of a timeless classic: A steep shingle roof, half-timbering, leaded windows and a whimsical rotunda with a Juliet balcony. Ornate details around the front door create both interest and fodder for local lore.

“Many original details can be found throughout the home, most notably being the sculpture on the home’s front gable showing two monkeys holding the Ullrich family crest,” Rubin said. “It’s said that Edgar Ullrich was commissioned to build many Catholic churches throughout San Diego County, and he often argued with the archbishop about the ‘Scopes Trial’ of that time. These monkeys are said to be a tongue-in-cheek detail that he added to his home’s design as a symbol of his Darwinist beliefs.”

Inside, the main house has seven bedrooms, 6.5 bathrooms and a dedicated office within about 5,250 square feet of space. A vaulted-ceiling living room with stenciled ceilings, a formal dining room and a large family room area among the common areas. The cozy eat-in kitchen charms with its original brickwork. A 400-square-foot guest studio above the detached garage provides additional living space.

According to Rubin, the home has twice been renovated and taken to new heights since being built in 1924.

“The first addition took place in 1928 when Barber hired Ullrich to design a second level to the then single-story, three-bedroom cottage,” she said. “The second (and largest) addition took place in the mid-1970s when the current owners added a third level to the home and three additional bedrooms as well as a sprawling family room with a showpiece fireplace inspired by Yosemite’s Ahwahnee Lodge.”

The property is the latest trophy offering in a La Jolla market that has remained red-hot since mid-2020. According to Rubin, inventory levels at or near five-year lows have kept the market “incredibly competitive” through the first quarter of 2021. Single-family home inventory, in particular, fell 37% year-over-year in Q1 2020, while pending sales and sold homes increased 49% and 22% year-over-year, respectively.

“La Jolla’s seller’s market is showing no sign of cooling off as we finished April with record monthly growth,” Rubin said. “These numbers are unprecedented in our luxury market and are making the purchasing process increasingly competitive among active buyers.”

California children’s hospital expansion propelled by bond funding
Why The Renters Bill Of Rights Won’t Help Much
Rent prices have dropped the most in these 5 U.S. metro areas. Why it’s cheaper to rent in many markets
FTX creditors list, BlockFi $1.2B exposure and new Celsius token: Hodler’s Digest, Jan. 22-28
Why is Bitcoin price down today?