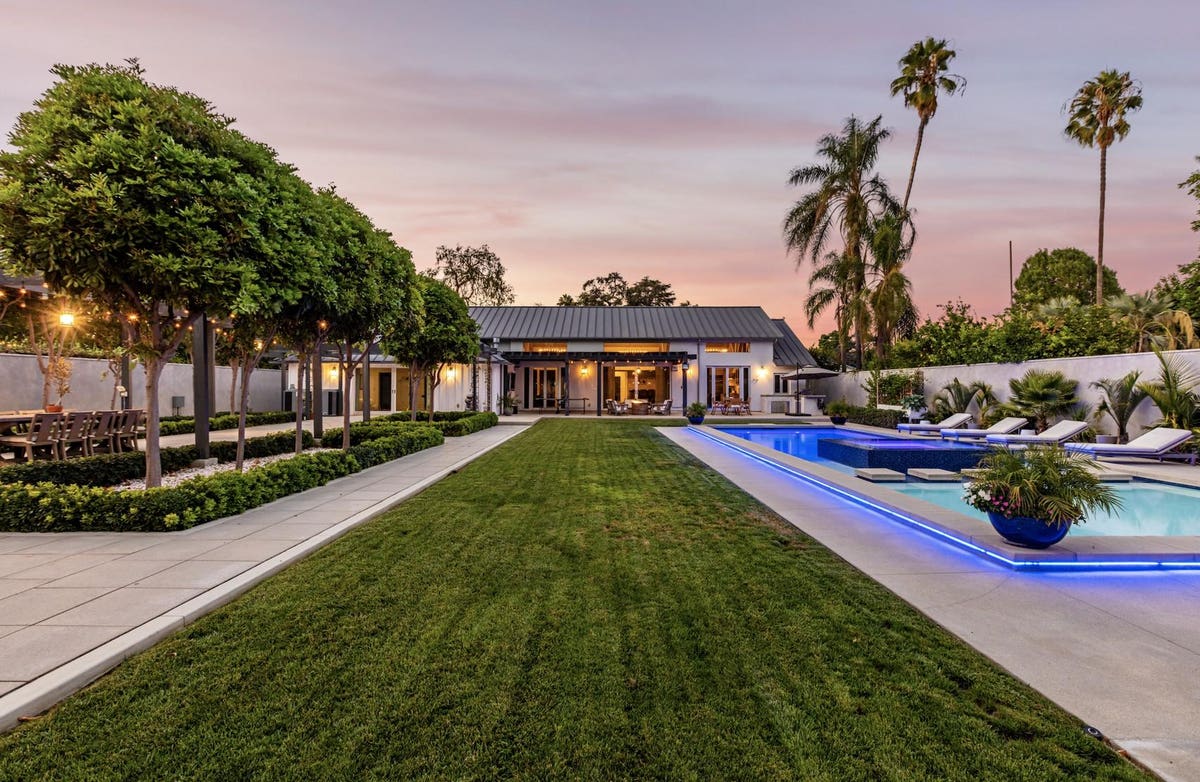 A 7,200-square-foot home owned by the Grammy-winning singer Meghan Trainor is on the market for $5.95 million, sources familiar with the matter tell Forbes.

Trainor bought the five-bedroom, 7.5-bathroom home in Toluca Lake in 2016 for $4.9 million. It was sold earlier that year by the actors Megan Fox and Brian Austin Green for $2.6 million, then underwent extensive renovations by Todd DeMann and David Kramer of Paradigm Developers.

Perhaps most famously, the one-story home was previously Bing Crosby’s carriage house. Crosby reportedly lived in Toluca Lake from 1936—when the home was built—to 1943. Situated near several major studios, other celebrities have also called the area home, including Steve Carrell, Miley Cyrus and Frank Sinatra.

Sitting on about one acre of land, the home is designed to look like a modern farmhouse, albeit with upgraded amenities. The kitchen includes three dishwashers and dual ovens, and there is a 1,690 square-foot recording studio in the backyard. A separate detached backyard building houses a gym.

Trainor, 27, rose to prominence in 2014 for her debut single, “All About That Bass,” which helped her land a spot on the Forbes 30 Under 30 list the following year. Topping the global charts was always her plan. “At 13 I told my parents I needed a tour bus because I was going to be famous,” she said in 2015. Her debut album, Title, also included the hits “Dear Future Husband” and “Lips Are Movin’,” along with “Like I’m Gonna Lose You,” a collaboration with John Legend. She won the 2015 Grammy Award for Best New Artist.

Today Trainor is married to the actor Daryl Sabara, best known for his lead role in the Spy Kids film franchise. The couple gave birth to their first child earlier this year.

As the Toluca Lake property hits the market, Trainor and her growing family have a separate property nearby. In December she paid $6.6 million for a mansion in Encino—another Los Angeles neighborhood—with far more space. At over 9,900 square feet, the house features a motor court, double staircase, custom chandeliers, a pool with a waterslide and, of course, a recording studio.