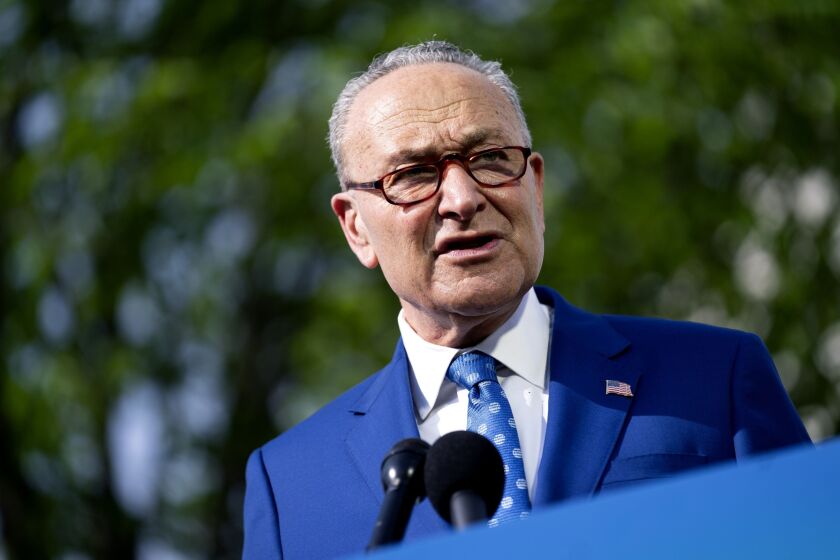 Passage of a Senate water bill authorizing billions in low-interest loans gets the ball rolling ahead of infrastructure discussions later this year.

Thursday afternoon the full Senate passed the $35 billion Drinking Water and Wastewater Infrastructure Act of 2021 by a vote of 89-2. That bill is expected to go to conference committee to work out differences with similar House bills, and eventually pass and be signed by President Biden.

“We’re trying to work in a bipartisan way whenever we can and this bill is a classic example,” said Senate Majority Leader Chuck Schumer, D-N.Y. on the Senate floor Thursday.

Schumer added that passage of DWWIA doesn’t mean passing infrastructure as a whole will be done through bipartisanship, but emphasized that lawmakers would do as much as they could.

Sens. Ted Cruz, R-Texas and Mike Lee, R-Utah were the sole lawmakers voting no on the bill.

The Senate Environment and Public Works committee first unanimously passed DWWIA in late March. The Senate bill would authorize $14.65 billion for the Clean Water State Revolving Fund and another $14.65 billion to the Drinking Water SRF over the next five years.

If DWWIA gets passed into law, CWSRF money would be authorized. However, Congress would still have to appropriate the money through the appropriations process or through passage of a larger comprehensive infrastructure bill.

To pass an infrastructure bill, lawmakers are likely to use a budget reconciliation process which would need only a majority of votes in the Senate instead of a 60-vote supermajority, but that process comes with limitations.

Under budget reconciliation rules, unauthorized programs are not supposed to have appropriations, said Scott Berry, director of policy and government affairs at the US Water Alliance. The Drinking Water SRF was authorized in 2018, but CWSRF has not been authorized in decades.

SRFs act as infrastructure banks by providing low-interest loans for drinking water infrastructure projects. As money is paid back into the state’s revolving loan fund, the state makes new loans for other projects. These recycled payments of loan principal and interest earnings allow the state’s fund to “revolve” over time.

An infrastructure bill could go through reconciliation if lawmakers can’t find bipartisanship. One of the sticking points has been how to pay for it, as well as how to define infrastructure. President Biden’s $2.2 trillion American Jobs Plan would raise the corporate tax rate to 28% and includes physical infrastructure as well as affordable housing among others.

Last week Senate Republicans released their $568 billion infrastructure proposal that focuses on physical infrastructure and would be paid through user fees.

The House has yet to release its proposal, but is expected to in the coming weeks

The House Transportation and Infrastructure committee’s version of DWWIA is the Water Quality Protection and Job Creation Act of 2021. That bill would reauthorize the CWSRF at $40 billion over five years.

Both House bills have significant higher funding levels in SRFs than the Senate bill, which would need to be resolved during conference discussions.

How to pick recession-resistant stocks
US economy beats expectations with 2.9% growth
What is a ‘rolling recession’ and how does it affect consumers? Economic experts explain
US Federal Reserve Board Issues Policy Statement That Limits Banks’ Crypto Related Activities
Munis steady, UST yields rise after GDP report