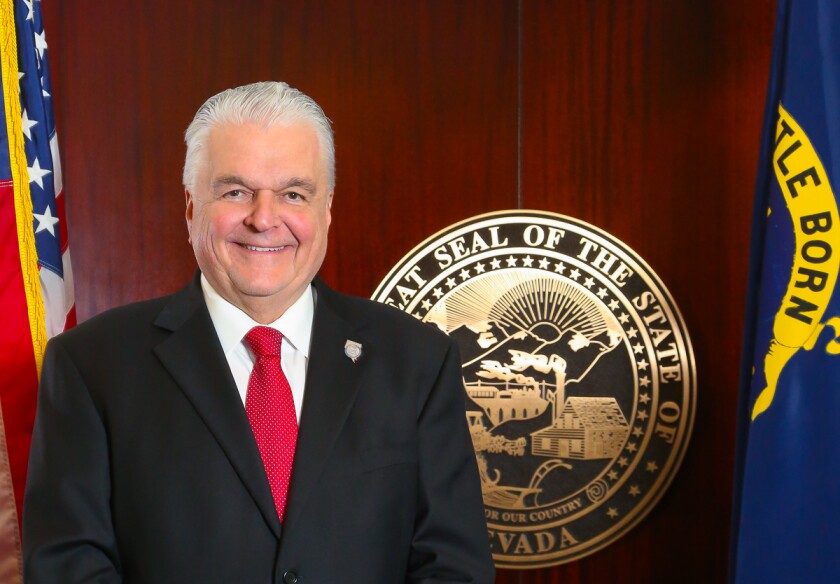 Nevada Gov. Steve Sisolak is slowing a proposal he floated in his State of the State speech in January to allow tech companies to create autonomous “innovation zones” similar to county governments.

Sisolak had been drafting legislation that would have allowed a company called Blockchains LLC to form its own municipal government on 67,000 acres it owns in Storey County, where it would form a city built on crypto currency.

The proposal would have allowed tech companies that promised $1.25 billion in investment to create the zones on land they owned, with power over law enforcement, taxation and land management decisions. They would have been governed by a board with two members from the company.

The idea was opposed by some state lawmakers and Storey County Commissioners approved a resolution in March opposing what they called “separatist governing control,” according to the Associated Press.

With less than 40 days left in the legislative session, Sisolak instead unveiled a plan on Monday to study the idea by creating a special joint committee to allow the continued analysis and exploration of Innovation Zones beyond the 2021 session.

The concept had been originally introduced as part of the governor’s economic action plan as a way, Sisolak said, to help advance new and innovative technologies, accelerate the state’s growing economic diversification and attract advanced technology industries prepared to significantly invest in Nevada’s success.

The governor, a Democrat, pointed to the difficulty in fully vetting the idea during the Legislature’s biennial 120 day session, particularly amid a pandemic that is requiring much attention from lawmakers.

“Innovation Zones is a bold proposal for our state that deserves additional attention and discussion — and not under the pressure of less than 40 remaining days in the current legislative session,” Sisolak said in a statement. “I know that legislators, stakeholders and Nevadans still have questions, and I want those questions to be discussed and answered. I want people to be enthusiastic about this opportunity, not skeptical about a fast-tracked bill.”

The special joint committee would be created through a concurrent resolution by the Legislature, which would allow lawmakers to appoint committee members.

“There are outstanding questions that deserve discussion and vetting, and this path forward will allow us to remain open to economic diversification while determining the full impact to our state,” said Assembly Speaker Jason Frierson, D-Las Vegas.