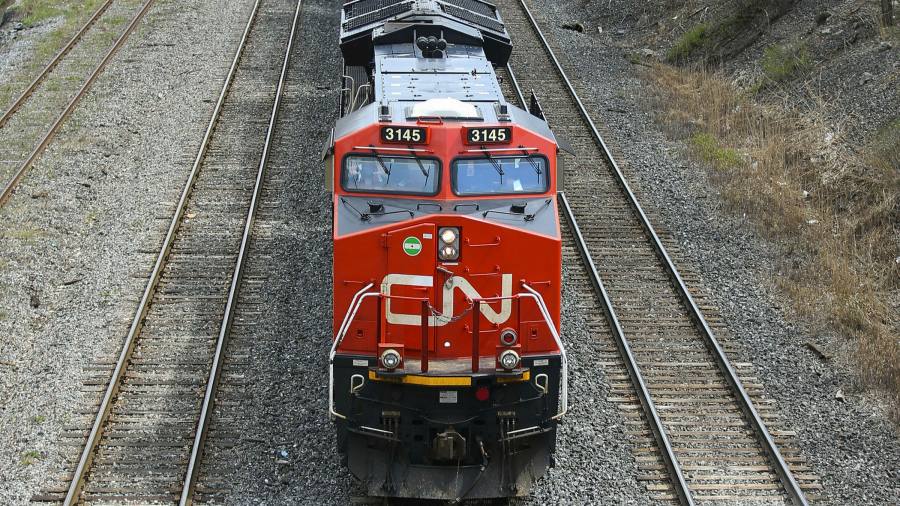 The board of Kansas City Southern will review a proposed $33.7bn offer from Canadian National, the latest twist in the takeover battle for the US rail operator which could yield the largest merger of the year.

Kansas City Southern has already entered into a merger agreement with CN rival Canadian Pacific, which offered $28.9bn including debt to acquire the US company last month, but will undertake a review of the rival offer out of fiduciary duty to shareholders to evaluate the larger bid, CN said on Saturday.

Either transaction would create the first North American railway spanning Canada, the US, and Mexico, and would be the continent’s largest transaction between rail operators since 1999.

“We are confident that CN is the better proposal, better partner, the better railway and the best solution for KCS and the North American economy”, said Robert Pace, chairman of the board of Canadian National in a statement.

Calgary-based Canadian Pacific said that the Kansas City board’s review of the rival bid “is simply meeting its obligations under the merger agreement with CP”. It added that “we are encouraged that [Kansas City Southern] will be taking a hard look at the details of the CN offer as soon as possible, which we believe will lead them to question the true value and deal certainty of their proposal.”

Kansas City Southern did not immediately respond to a request for comment. A person close to the company previously told the Financial Times that the Canadian National bid may be subject to a stricter review from the US regulator, the Surface Transportation Board.

It was not immediately clear what the timeframe may be for the bid review.

Both Canadian firms operate in the central and eastern US, along with rivals CSX and Norfolk Southern. Kansas City Southern is smallest of the seven Class 1 railway operators in the US but the only one with north-to-south operations with a route network that spans from Missouri to both coasts of Mexico.

The last major rail deal took place at the end of the 20th century, when CSX and Norfolk Southern jointly acquired Conrail.