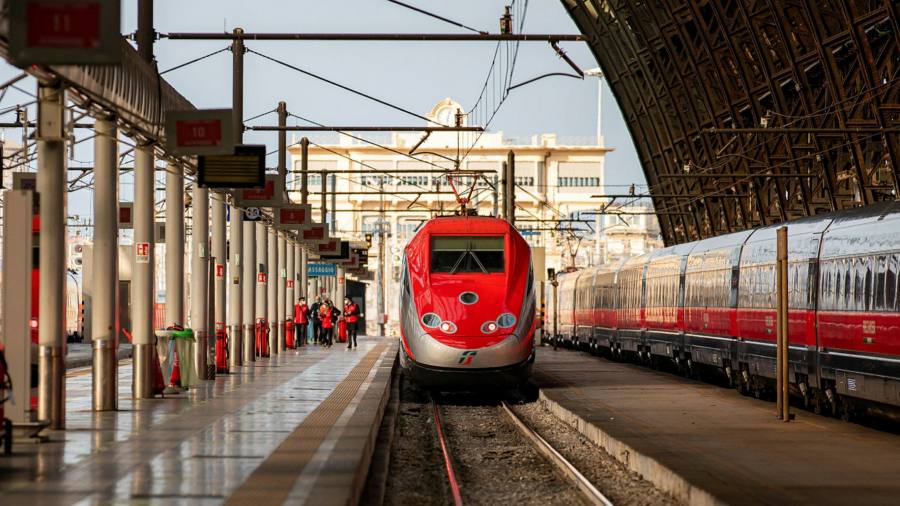 Mario Draghi will next week unveil a €221bn recovery package for a radical restructuring of Italy’s economy as it seeks to bounce back from its deepest recession since the second world war.

The plan, which features big-ticket investments in high-speed rail and green energy, as well fully digitalising the country’s public administration, will draw on the EU’s pandemic recovery fund.

Italy and Spain are expected to be the two largest recipients of grants from the programme. The Draghi recovery plan, which should be approved by the Italian cabinet by the end of this week, involves €30bn of Italian budgetary resources and €191.5bn of loans and grants from the Next Generation EU scheme, people briefed on the plans said.

The plan is critical not only to Italy’s hopes of lifting its moribund growth record and accelerating its transition towards a lower-carbon, higher-tech economy, but also to the credibility of the EU’s post-Covid 19 recovery effort.

Draghi, the former president of the European Central Bank who was appointed prime minister of an Italian national unity government this year, will present the plans to the Italian parliament early next week.

They will then be submitted to the European Commission — one of the national ‘recovery and resilience plans’ to be presented by the 27 EU member states following their creation of the €750bn recovery fund at a landmark summit last year.

The investment of the EU funds will be focused on six areas spanning the digital transformation of the Italian economy, climate and environmental investment, infrastructure, education, health, and boosting gender inclusiveness and social inclusion.

Draghi also wants to spearhead structural reforms to address longstanding bottlenecks in the country’s legal system and local administrations that have hindered growth, the people with knowledge of the PM’s plans said.

These include the digitalisation of public administration procedures as well as an overhaul of the Italian legal system to speed up legal cases, reorganise tribunals and modernise the court system.

Italy’s snail-paced legal system has long ranked as one of the slowest in the EU, and has been blamed by economists as a factor in pushing away foreign investors. The average time to enforce a commercial contract in Italy stands at more than 1,100 days, according to the World Bank — almost double the average time in Germany, France and Spain.

Daniele Franco, Italy’s economy minister, will monitor how the reforms and investments are implemented by government ministries and regional governments.

The Next Generation EU project requires member states to submit their plans by a target date of the end of April, with the goal of winning the European Commission’s approval and that of member states.

The commission will then set out borrowing of up to €750bn on capital markets, which it will then distribute in the form of grants and loans to EU countries.