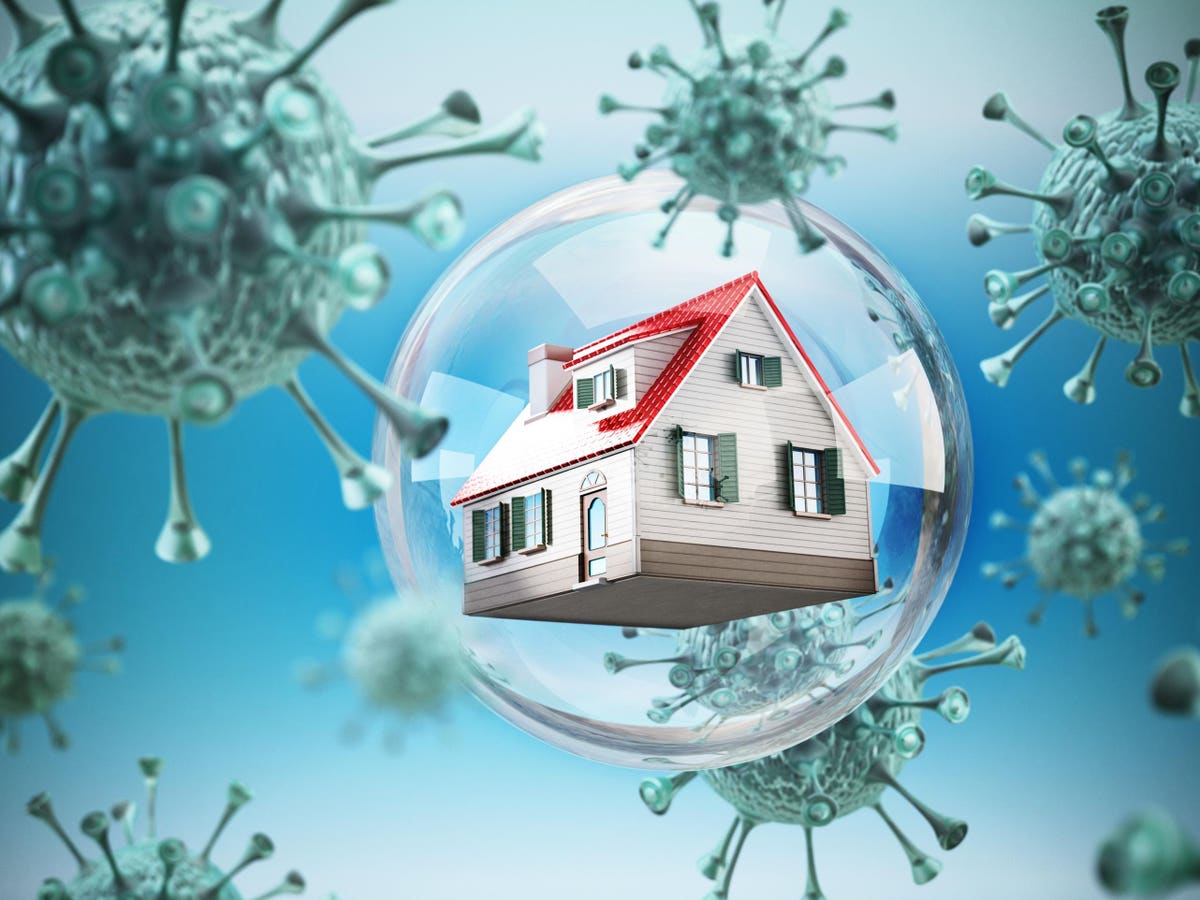 As recently as just a few years ago, it used to be that the hardest part about buying a house for most people was going through the financial colonoscopy of getting approved for a mortgage.

Now, that’s the least of buyers’ worries. In virtually every American city right now, many single-family homes hitting the market are selling in bidding wars and the buyer with the most cash who closes fastest wins.

To some extent, people like me are part of the problem.

I frequently write on real estate markets around the country, often assembling raw data from sources like Zillow, Realtor.com, and Redfin, while also interviewing leading economists and experts. Which begs the question of whether I’m feeding into the froth by validating it.

By the numbers, however, it’s becoming harder and harder to argue that America’s housing market isn’t already over-heating. Inventory in many regions has hit record lows. Days on market are now often hours. Home prices are up 15.8% on average year-over-year across the country according to a recent National Association of Realtors’ report (in some places like Park City, UT they’ve almost doubled). And in markets like Miami, Sacramento, Boise and Nashville contractual absurdities like waiving all contingencies are now standard conditions as panicked buyers over-reach to get in on the action before the current boom decelerates.

There are reasons for all of this beyond the pandemic. Home building since the end of the Great Recession hasn’t kept up with population growth, while tens of millions of Millennials simultaneously have recently come of first home-buying age, creating a nationwide generational housing supply shortage that’s been deepening for years (which a ton of “experts”, policymakers, and lenders like Freddie Mac long saw coming).

On the demand side, a dozen years of bullish fiscal policy have just added more combustion to the fire. Mortgage interest rates have stayed at record lows through three successive Presidential Administrations, as the Dow Jones, NASDAQ, and S&P 500 have nearly tripled during the same period. According to the Mortgage Bankers’ Association, 2.5 million mortgages, or 5.1% of all outstanding residential loans, also are still in forbearance, as wealthy buyers continue to snatch up second and third homes (or more) as investments. This has created a “shadow inventory” of millions of homes that never hit the market because it makes more financial sense for owners to hold than sell as long as prices continue to outpace carrying costs (which in most market cases they still do especially when you don’t have to pay).

Then, there are other externalizing factors that don’t get the headlines but are also moving the needle, like technology—including online listing platforms, digital mortgage approvals, and virtual closings—which has fast-forwarded the speed at which homes are marketed and sold, particularly during the recent pandemic, in turn artificially hastening the pace at which demand is outstripping supply.

That this is all happening has been widely covered in the news since the residential real estate market first started to get frothy after COVID hit.

The last time America’s housing industry looked like this, however, the Great Recession followed, concurrent with plummeting property values, widespread foreclosures, and the loss of trillions of dollars of Americans’ equity and retirement savings. This time around, the underlying supply and demand fundamentals might be different in part due the pandemic, but the panic-buying and irrational exuberance looks a lot like it did fifteen years ago (when I bought my first house in a bidding war at a 9.9% interest rate over ask).

Yet, what no one seems to be talking about now is whether America’s housing market is already officially in the bubble zone? And if it bursts, what happens next on the backside of a fragile post-pandemic economic recovery?

“A real estate bubble occurs when home prices escalate beyond what can explained by the fundamentals, like mortgage rates, population growth, or household income growth,” explains Taylor Farr, Lead Economist for real estate website Redfin, “When expectations of price increases become the driver of price increases themselves instead of fundamentals that creates its own feedback loop. Robert Shiller said it best: ‘A bubble is a kind of social epidemic—a period of feedback where price increases generate enthusiasm among investors, who then bid up prices more, and then it feeds back again and again until prices get too high’.”

So does the current national housing market meet the definition of a “bubble”? And more importantly, are buyers getting in on the current housing gold rush at this point over-paying and risking being trapped in another real estate valuation crash?

According to Redfin’s Marr, not quite yet—which is good news for still prospective homebuyers as well as for the overall economy since housing and its side industries like home renovation and improvement account for an average of 15%-18% of U.S. annual GDP according to the National Association Of Home Builders.

“The current market doesn’t meet the definition of a bubble yet,” says Marr, “At least not nationally or in most places. According to the Case-Shiller index, home prices grew more than 11% in January from one year earlier, which is definitely more than wages increased, but that’s not the whole picture. Mortgage rates fell 88 basis points during this year as well from 3.62% in January 2020 to 2.74% in January 2021 per Freddie Mac. This drop in mortgage rates almost completely offsets the rise in home prices according to a recent analysis by the Fed. Additionally, most households received stimulus checks and pulled back spending money on things like travel, eating out, and gyms during the pandemic and instead opted to spend more money on housing, which gave a short-term boost to prices as well.”

Translation: the fundamentals of the current housing boom are relatively, structurally sound even in markets where prices ostensibly seem like they’re spiraling out of control because in many cities like Boise, Fort Lauderdale, Sacramento, and Columbus, OH housing was already relatively affordable in the first place.

Demographics are also helping, says Farr, not only because more and more Millennials are poised to enter the homebuying market, but also because many of them can now work from home, which means millions of prospective new homebuyers will likely continue to seek bigger spaces, lower-density, and more privacy no matter what percentage of the world gets vaccinated.

“Current demographics are very favorable to a sustained housing boom, especially in the wake of the pandemic, as more Millennial households enter into prime homebuying age and start families. More and more households are also demanding more space as they work from home more frequently and invest more in things like home offices and gyms. Finally, homebuilding is still playing catch up as housing supply remains tight from homeowners refinancing and staying put in their homes longer. All of these factors aren’t going anywhere in my opinion any time soon.”

As for what happens next, the first—and best case—scenario is absolutely nothing.

A decade ago, countless well-heeled, economic prognosticators didn’t think that the Dow Jones would ever break 30,000 and stay there or that oil could drop below $50/barrel for years. So it’s entirely possible that home values will continue to appreciate and provide millions of Americans with billions of dollars of found money as long as a supply shortage persists and more and more Millennials and Gen Zers have families and amass the financial resources to buy into the American Dream.

Despite the fact that wages long ago stopped keeping pace with the cost of housing, most younger, first-time homebuyers also have locked themselves into conventional loans at historically low interest rates without ballooning adjustable mortgages (unlike I did back in 2005), and buyers paying cash won’t have issues paying off mortgages or risk defaulting on their properties in the first place.

All of which means that even if America’s housing market keeps breaking its own records in the short term, says Redfin’s Farr, it’s also fueled this time around by factors far different than the bubble that preceded the mortgage backed securities crash of 2008.

“The key difference now versus during the housing bubble before the Great Recession is that back then it was easy credit that fueled speculation, not cheap credit,” says Marr. “It wasn’t uncommon for buyers to put nothing down and speculate on real estate because all they had to do was fill out a few pieces of paper and no one cared about the actual numbers. This time around the demand that’s fueling appreciating prices is real—from families, newly remote workers, and companies relocating employees to lower tax, lower regulation states.”

Short of a broad market crash (or “re-pricing” as housing economists like to call it), the more immediate issue when it comes to the post-pandemic recovery is affordability. As housing values have soared recently, millions of Americans, particularly middle class, first-time home buyers, have been priced out.

As a result, even the apartment market is getting tight as more and more renters who wanted to buy before the pandemic have had to stay put and homeowners who’ve recently sold to take advantage of their equity can’t buy up and have no other place to live. In most cities in America with the exception of San Francisco and Manhattan (which were already over-priced in the first place), apartment rental rates already are trending back up from their 2020 lows and vacancy rates have dropped into the single-digits.

Which begs the more important in the longer term: if not a crash, what’s going to put the breaks on the current housing boom? And is there a path to deceleration that doesn’t send another decade of shockwaves through the economy like it did during the Great Recession?

“Prices can’t keep going up forever,” says Redfin’s Farr, “Even when the fundamentals are sustainable like they are now. Strong increases in mortgage rates, which are likely coming soon, will inevitably cool home appreciation and bring prices back in line with wages.”

Compared with 2008 that’s great news for everyone whether you currently own a home or not.