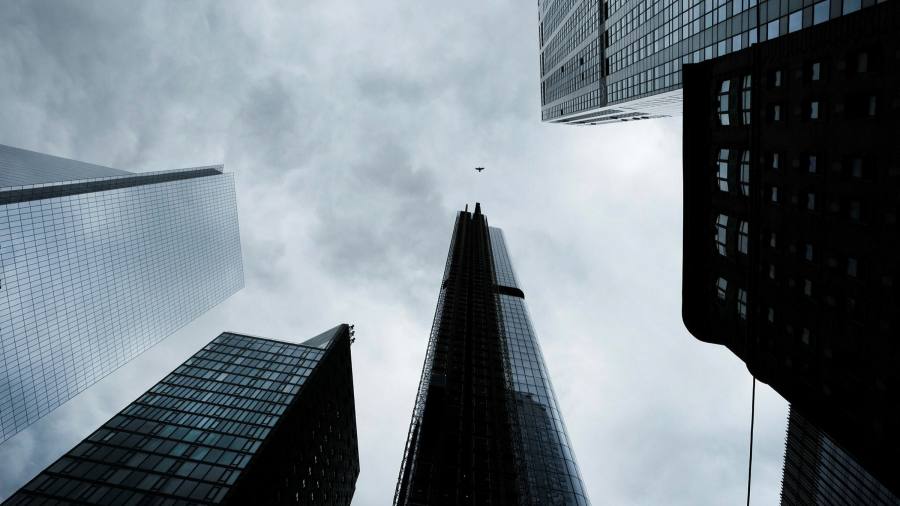 A dispute over Donald Trump’s 2017 tax reforms stands in the way of Joe Biden’s $2tn infrastructure proposals, with a growing number of lawmakers on Capitol Hill threatening to vote against any tax and spending plan that does not reverse a key provision of Trump’s changes.

Thirty-two House members from both the Democratic and Republican parties this week formed a “Salt” caucus to rally against a cap on federal tax deductions for state and local taxes that has resulted in a bigger bill for households in states such as New York, New Jersey and California.

More than a dozen Democratic lawmakers from New York separately wrote to Nancy Pelosi, the Democratic Speaker of the House, describing the issue as “critical”.

“We will reserve the right to oppose any tax legislation that does not include a full repeal of the Salt limitation,” they added.

Kirsten Gillibrand, the Democratic senator from New York, said this week that she “fully supported” scrapping the Salt cap, and did not rule out voting against a bill that did not include the policy, saying: “We’ll see what happens.”

Their threats carry significant weight at a time when Democrats control the House of Representatives by a margin of just six votes and the Senate is split, 50-50, between the parties. Biden will need the support of both chambers of Congress if he is to push through his ambitious $2tn infrastructure plan, which he intends to pay for largely with a hike in the corporate tax rate.

Pelosi, whose congressional district spans most of San Francisco, and Chuck Schumer, the Senate’s top Democrat who represents New York, have both previously indicated they are supportive of eliminating the cap.

But scrapping the threshold would leave Biden, Pelosi and Schumer open to charges of hypocrisy, given such a move would amount to a tax break for the wealthiest Americans at a time when the White House insists it is focused on the neediest. Abolishing the cap would also come with a steep cost, driving up the price tag of an already unprecedented spending proposal.

The congressional joint committee on taxation estimated last year that scrapping the cap in 2019 alone would have reduced federal revenues by around $77bn.

Jen Psaki, the White House press secretary, on Thursday pointed out that Biden had not included the elimination of the Salt cap in his infrastructure proposal. But she added: “We understand there are a number of members who feel strongly.”

“There would have to be a discussion about how that would be paid for, what would be taken out instead,” she said. “Then there is sort of a discussion of what is most important to achieving our overarching objectives.”

Critics accused the former president of targeting people in “blue” states that tend to vote for Democrats; allies insisted that the White House needed to raise revenues in order to pay for the generous tax breaks for many individuals and businesses.

This time around, the debate over the deductions has cut across party lines. Just as Democrats and Republicans have lined up together to oppose the cap, another group of lawmakers from both parties have said they are against getting rid of it.

Alexandria Ocasio-Cortez, the progressive congresswoman from New York, said lawmakers should not be “holding the infrastructure hostage” for a repeal of the tax changes.

“Personally, I can’t stress how much that I believe that is a giveaway to the rich,” she added.

Pat Toomey, the Republican senator from Pennsylvania, said restoring the deduction would “once again force low and middle income people to subsidise wealthy individuals in high tax states and municipalities”.

According to the Tax Policy Center, a joint venture of the non-partisan Urban Institute and Brookings Institution, lifting the cap would be a major boon to the wealthy, with 96 per cent of the benefits going to the top quintile of earners. More than half — 57 per cent — would benefit the top one per cent, their analysis showed.

But lawmakers in the newly formed Salt caucus insist that lifting the cap would aid middle-class families, too.

“There is a misconception that the Salt deduction doesn’t help middle class families. But in high cost of living areas like my district, Salt does in fact make a critical difference in helping make ends meet for our middle class residents like teachers and law enforcement officers, who depend on this deduction to afford the high cost of living in our area,” said Mikie Sherrill, a Democratic House member from New Jersey.

“The Salt cap penalises working class Long Islanders,” he said. “From firefighters to police officers, to teachers, to nurses, and small business owners, I hear from people every day about what a crushing blow the Salt cap has delivered them.”