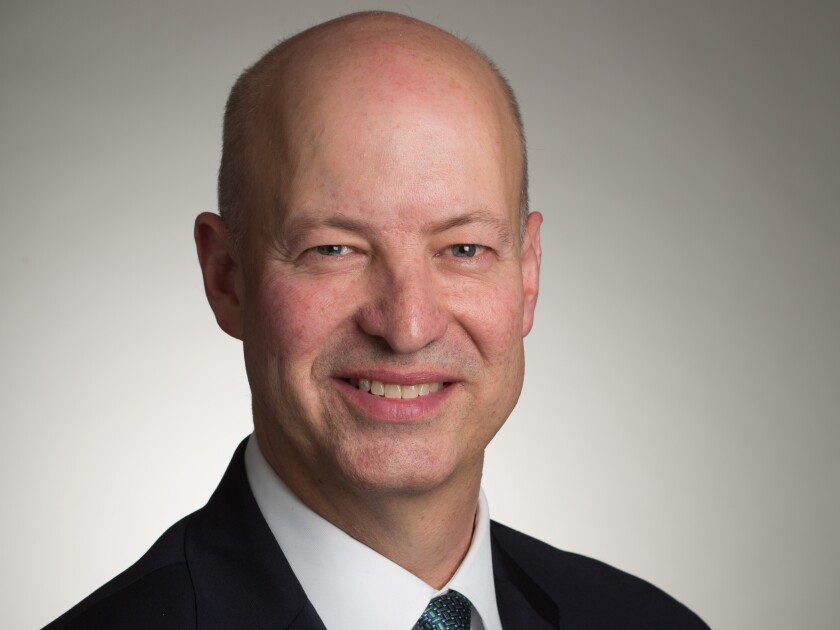 The question of whether pensions and other retirement benefits should be more prominently reported by state and local governments is a burning controversy for the Governmental Accounting Standards Board.

What’s at stake is whether the public is being misled by when a governmental general fund is listed in financial statements as balanced while omitting those long-term debts.

GASB requires long-term obligations to be reported in governmentwide reports, but critics say lawmakers too often look only at cash flow funds.

“I implore GASB to stop this confusion and bewilderment,” wrote Sheila Weinberg, founder & CEO of Truth in Accounting in a comment letter. “Our representative form of government is being harmed.”

Illinois is among the states that critics say have downplayed their tens of billions of dollars of unfunded long-term debts and should be forced by new GASB rules to become more transparent.

GASB officials, on the other hand, say that state and local governments have been required to disclose their long-term debts since the publication of GASB 34 about 20 years ago.

The debate has been a recurring theme at an ongoing series of public hearings being held by GASB that will continue via webcast on April 13 and 14.

GASB is considering an overhaul of several basic standards for generally accepted accounting principles (GAAP) for governments that are followed by all states and most local governments.

The controversy involves revisions to how short-term cash flow is reported on one set of books that may show a balanced budget while another set of books are kept for unfunded long-term obligations.

GASB says its proposal moves further away from cash accounting and toward what some commentators are calling a modified accrual accounting system.

This has been the issue cited in a significant number of 144 written comments received by GASB and by a number of the witnesses who have testified at public hearings that began March 23 via webcasts.

A wide range of public advocacy groups, elected officials and governmental groups representing accountants and auditors have weighed in.

The challenge for GASB is to update public accounting rules for governments ranging from tiny villages as small as a few hundred people to large states such as California.

Grover Norquist, president of Americans for Tax Reform, said the proposed changes will continue to paint an incomplete picture to the public.

“Voters, taxpayers, citizens should be able to look at the books of the city, the state, the county and understand what’s going on,” Norquist said at the April 8 hearing. “There’s no reason it should be complicated in a way that the average person couldn’t look at it and say that’s how much money we have.”

GASB Board Member Brian Caputo acknowledged that the board may not hear enough from taxpayer advocacy organizations such Noquist’s and added that it’s “very helpful” to hear from users.

“What I hear you advocating for is transparency,” said Caputo. “I would assert, that’s what we’re trying to do.”

Joel Black, the GASB chairman, said the proposed revisions are designed to more accurately reflect the status of a government’s cash accounts.

“Do you agree that that’s an important piece of information for them to have, if we could attach these appropriate warning labels?” Black asked Norquist.

“The more information you can make available, the better,” Norquist responded. “You don’t need something quite like the drug ads, that have five pages of teeny print explaining that you can hurt yourself, because the drug doesn’t always work or something.”

Norquist suggested adding language “that makes it clear, this is short term, this does not include long term liabilities” that can be found on another page.

“That’s something that would make it impossible for a state legislator to misread it, for an average citizen to misread and think this is the complete set somehow.”

Norquist also offered to work with GASB to hold a series of briefings for state lawmakers on how to properly scrutinize state financial reports.

Similarly, Ted Bolema, executive director of the Institute for the Study of Economic Growth at Wichita State University, said during another day of hearings that his group is preparing an updated ranking of the fiscal status of the states.

“What we’ve observed from decades of experience with the data reported by governments is the harsh lesson that whatever isn’t measured isn’t managed,” said Bolema. “So we’re now much more aware of the pension and OPEB liabilities of states like California and Illinois and New Jersey, among others, because of the reforms that GASB made over the last decade.”

“Government accounting standards should help local governments make the right choices, and also provide us with the transparency needed to evaluate the impact of those choices,” Bolema added.

Similar sentiments on the need for more transparency and education were common themes in many of the other letters and witness statements.

“Governments will continue to have the ability to ignore fiscal accountability in the governmental funds by not reporting the amount of funding that will be required for pension and OPEB obligations, which are two of the largest government liabilities,” wrote Julie Barrientos, chair of the Government Executive Committee of the Illinois Society of Certified Public Accountants.

“Governmental funds’ statements will still exclude some of the largest liabilities, and thereby show inflated net positions that can be advertised as ‘surpluses,’ Christensen wrote in a February letter. “California and her many municipalities have perfected the illusion of making their financial statements look better in the short run simply by underfunding necessary pension and other retirement benefit contributions that will have devastating budget impacts in the coming years.”

The Commonwealth Foundation, a free market think tank based in Pennsylvania, said the proposed changes would allow “a government that has borrowed to fund operations to claim it is in fiscal balance.”

“The changes will thus compound and worsen the state of U.S. public finance, whereby forty-nine states have statutory or constitutional balanced budget rules and yet their debt increases every year,” wrote Andrew Abramczyk, a senior fellow at the Commonwealth Fund. “The states also collectively have about $900 billion in unfunded pension liabilities and $620 billion of retiree health care liabilities.”

On the other side of the debate are officials who oversee tiny governments.

Or these small governments “will decide that, due to the complexity of the accounting and reporting requirements… just not file annual financial statements,” Auerbach wrote.

“These local governments have limited financial and staffing resources and many of the proposed accounting and reporting changes require an in-depth understanding of the complex accounting and financial reporting concepts,” Auerbach said in his letter. “Years of auditing these local governments have shown us that many simply do not have the resources and/or proficiencies required to efficiently and effectively comply with these statements’ requirements.”