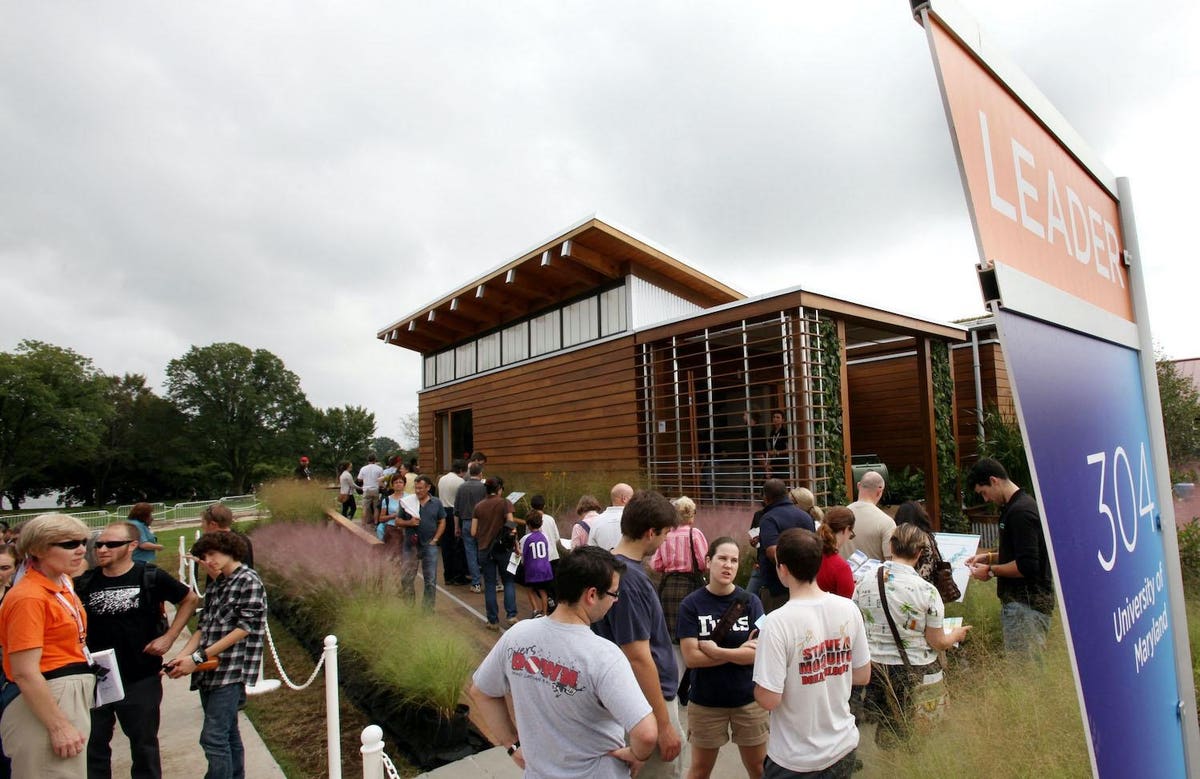 After an unfortunate delay due to Covid, the collegiate Solar Decathlon (SD) event is about to happen next week – for the first time it will be virtual. For those not aware of this event – the Solar Decathlon is run by the United States Depart of Energy and is an incredibly inspiring event. It showcases the imagination, creativity and research by students at colleges in the United States and across the world. Since the inception of the first event in 2002 in Washington DC, there have been SD events every other year in the United States and in other locations such as Madrid and China.

The United States Department of Energy challenges students from all over the world to explore energy efficiency and prefab construction first hand by developing their own innovative houses for these events.

The U.S. Department of Energy Solar Decathlon Build Challenge this year gets underway next week where top science and engineering students in the United States and Europe are preparing to “virtually” showcase their high-tech solar houses. The competition featuring nine competing teams was originally set to take place on the National Mall last summer but was postponed and transitioned to a local build event, with teams constructing homes in their local communities, where they will remain after the competition.

Despite the several obstacles the teams encountered along the way during the pandemic – experiencing delayed shipments and supplies, purchasing materials, managing lumber shortages, scheduling onsite contractors and staff, and navigating safety through quarantine requirements – the students are now eager to compete against their peers and to showcase their innovative, modern home designs to the public, an endeavor they started three years ago. The public can tour the homes online by visiting the Solar Decathlon Virtual Village, which opens April 12.

The following are the teams that will be competing in this 2020 upcoming event:

Teams compete in several categories on such aspects as architecture, engineering, market potential, and financial feasibility & affordability. I am quite honored to be a juror on this event for the first time. However the Solar Decathlon has been one of my passionate interests for many years, having attended most of them with great awe. I hope many people will take the opportunity to experience this vertually this year and hopefully in person in the future.

Apple’s revenue growth streak snapped after supply chain woes
First Solar (FSLR) and Saia (SAIA) Are Aggressive Growth Stocks
How to Choose the Right Stock Broker for YOU and YOUR Trading Needs
Key takeaways from Circle’s $44.5B USDC reserve report
The Federal Reserve is likely to hike interest rates again. What that means for you