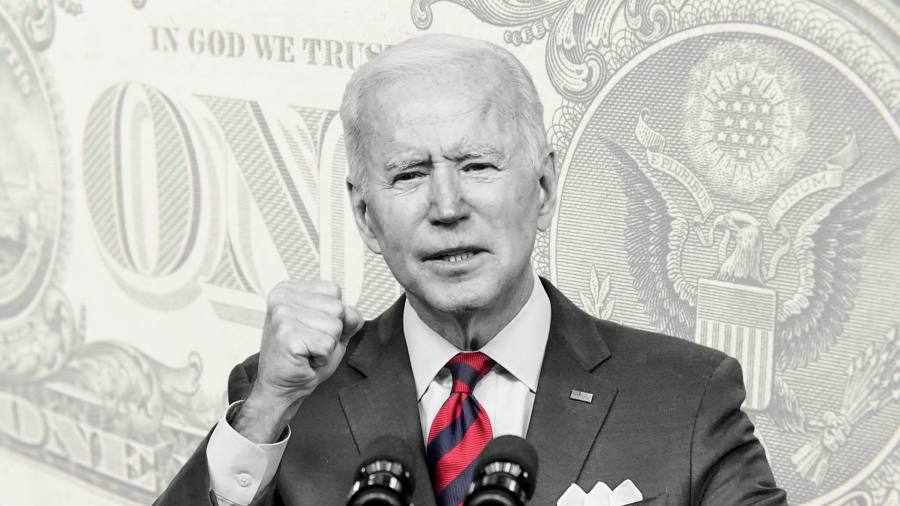 For decades the international corporate tax system has irritated almost everyone — apart from shareholders of the world’s largest multinationals and countries with low tax rates.

As companies’ share of profits in the global economy has risen and wages have fallen, large countries have found it ever harder to tax those profits.

That could finally change under proposals outlined by Joe Biden’s US administration in a 21-page document sent to more than 100 countries on Thursday, which the FT obtained from multiple sources.

The proposal seeks to break the deadlock in long-running global talks hosted by the OECD club of wealthy nations by proffering for the first time what would amount to a grand bargain.

Leading advanced economies would get the power to raise corporate tax from US tech giants and other large multinationals, and in return a global minimum corporate tax would be introduced, enabling the Biden administration to raise significant additional revenue from US-headquartered companies to finance its infrastructure programme.

“We wish to end the race to the bottom over multinational corporate taxation and establish a tax architecture in which countries work together towards more equitable growth, innovation, and prosperity,” the document said.

Three decades of a race to the bottom

According to data from the OECD, the average headline corporate tax rate in advanced economies has fallen from 32 per cent in 2000 to just over 23 per cent by 2018.

That is largely because smaller countries such as Ireland, the Netherlands and Singapore have attracted footloose businesses by offering low corporate tax rates. Multinational companies with increasingly intangible assets such as the global tech firms have shifted some actual business and a lot of profits into these tax havens and low-tax jurisdictions, lowering their global tax bills.

But that has fuelled competition among other countries to lower their tax rates too, in a bid to keep businesses operating locally.

As a result, said Alex Cobham, chief executive of the Tax Justice Network pressure group, “we’ve had more than three decades of a corporate tax race to the bottom, [and] it’s time to turn that around”.

If endorsed by other countries and the US Congress, the Biden administration’s proposals would be the biggest shake-up in corporate taxation in decades — and could put tax havens out of business.

The key to the deal lies in the new US acknowledgment that the two parts of the international negotiations are intertwined — no deal can be done on one aspect without concessions on the other.

What matters to the US domestically is the introduction of a global minimum tax, as emphasised by Biden and Treasury secretary Janet Yellen earlier this week. This is known as pillar two of the international negotiations.

A tax on sales in each country

The breakthrough has come with US recognition that other countries’ concerns about the lack of tax paid by US-based tech companies must also be addressed; this is pillar one of the global talks. “Pillar two cannot be fully successful absent a stable multilateral international tax architecture,” the document acknowledged.

So the US is offering to give all countries the power to tax a slice of the global profits generated by around 100 of the world’s largest companies; the amount each country can raise would be based on companies’ sales in that country.

Many of these companies are based in the US, so it would have to surrender part of its current taxing rights in order to meet what its proposal called “popular concerns in all our countries about mega-corporations”.

In exchange, the US said it would expect other countries to drop digital taxes they had unilaterally proposed. It also specified that the new regime would not focus only on digital businesses or US companies.

In principle the US plan is similar to the compromise put forward last year by the OECD, but it is much simpler, doing away with complicated rules on which types of companies and their business lines would be covered.

Some large and very profitable companies such as Microsoft and Apple would be harder hit by the US plan than the alternative proposals.

Although it has only had a few days to look at the US plan, the OECD reckons that it broadly meets the same objectives as its own proposals and would raise a similar amount of revenue.

As a result, it has a good chance of finding support among other large countries; Italy, which is chairing the G20 group of major economies this year, has pledged to seek outline agreement by this summer.

However the US administration will have to get the necessary changes in tax treaties through Congress.

And the US plans fall far short of the root-and-branch overhaul of the global corporate tax system which many campaigners have called for.

Only a small slice of tax on global profits would be allocated for sharing and the proposal would not fix inequalities which favour rich countries at the expense of developing nations, campaigners said.

“The spoils of the [increased] tax revenue are likely to be extremely concentrated in the countries of the north,” said Tommaso Faccio, head of secretariat at the Independent Commission for the Reform of International Corporate Taxation. “We want multinationals to pay their fair share, but that also needs to happen everywhere, not just in the US.”

He said he had already heard complaints by “disgruntled officials” from other countries that the bulk of revenue would go to the US and Europe.

And Cobham said he was concerned by the small number of multinationals targeted by the US plan. The original OECD proposals would have covered approximately 2,300 companies.

“This is not about changing the rules about how we tax multinationals,” Cobham said. “It’s about taxing a few . . . It doesn’t address the vast majority engaged in profit shifting — but an ambitious global minimum corporate tax rate can go a long way to eliminate the incentives.”

A Luxury Lodge Beckons Along The Unspoiled New Zealand Coastline
Retail giant Pick n Pay to accept Bitcoin in 1,628 stores across South Africa
US economy beats expectations with 2.9% growth
What is a ‘rolling recession’ and how does it affect consumers? Economic experts explain
California children’s hospital expansion propelled by bond funding