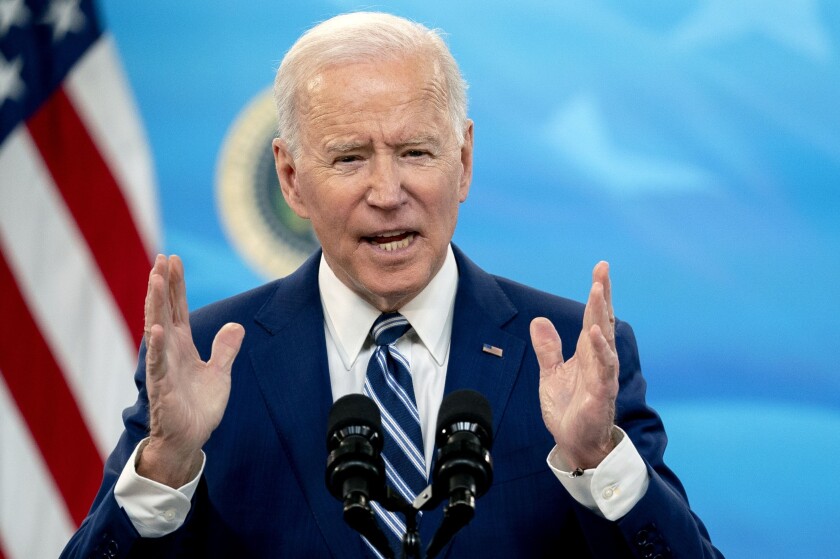 A comprehensive list of the public finance tax changes the Biden administration supports are expected to be released simultaneously with the proposed 2022 federal budget later this month.

In the meantime, President Biden said Wednesday he plans to finance his $2 trillion American Jobs Plan by reversing some of the tax cuts congressional Republicans enacted in December 2017.

Congressional Republicans predictably strongly oppose Biden’s effort to finance his plan by undoing the legislation they consider to be their signature accomplishment during the Trump administration.

The current prohibition against tax-exempt advance refunding was used as a minor pay-for in the GOP’s Tax Cuts and Jobs Act that cut personal income tax rates and the corporate tax rate.

Biden is proposing to increase the corporate tax rate to 28% from the current 21% to raise $1 trillion over 15 years.

Twenty-eight percent was the Obama administration’s position, but key congressional Republicans wanted a 25% rate, which created a deadlock that prevented any reduction.

Sen. Joe Manchin of West Virginia, who is a key Democratic moderate in the Senate with an even 50-50 party split although the Democrats hold the tie-breaking vote, recently said publicly he prefers a corporate tax rate reset at 25%.

Biden said Wednesday that a 28% rate would be “still lower than what that rate was between World War II and 2017.”

Biden also proposed “a global minimum tax for U.S. corporations of 21%” that he estimated would raise another $1 trillion over 15 years.

Those were the two key tax changes Biden spoke about Wednesday.

Other presidential proposals for tax law changes are expected to be detailed in the annual Green Book published by the Treasury Department in conjunction with the release of the federal budget.

Officials at the White House Office of Management and Budget have not yet announced a release date for the budget.

In the meantime, Biden’s transportation secretary has voiced support for tax law changes that would encourage private investment in the public finance sector.

In addition, the chairman of the tax-policy committee in the House, Rep. Richard Neal, D-Mass., included several high-priority municipal bond provisions in the infrastructure legislation passed by the House last year.

“Now that the president has laid out his priorities, the committee will begin working to make them a reality,” Ways and Means spokesman Dylan Opalich said in an email Thursday.

The highest priority for state and local governments has been the reinstatement of tax-exempt advance refunding. House legislation for that purpose was reintroduced on March 29 by Reps. Dutch Ruppersberger, D-Md., and Steve Stivers, R-Ohio, with 23 cosponsors. Their Investing in Our Communities Act is H.R. 2288.

A bipartisan Senate version of the bill was introduced in February by Sens. Debbie Stabenow, D-Mich., and Roger Wicker, R-Miss.

The public finance tax changes are expected to be included in the American Jobs Plan that will move through Congress as a budget reconciliation package that requires only a simple majority vote to pass a closely divided Senate.

The $1.9 trillion American Rescue Plan which included direct aid to state and local governments passed without Republican support because Democrats used the 2021 budget reconciliation resolution to do it.

The infrastructure-oriented American Jobs Plan would use the 2022 budget resolution for the fiscal year beginning July 1 to allow passage without any Republican support.